Karl Jäckel entered the Kriegsmarine on 1st April 1937. He was placed with the U 29 on 13th April 1940. On 11th September 1941 he joined the Baubelehrung (shipsyard crew) for the U 160 in Bremen, with which he was made operational on 16th October 1941. Jäckel was placed under Kriegsmarine reserves from 7h September 1943 with the 10.Unterseebootsflottille and followed the Navigationsschule. On 18th May 1944 he was appointed Obersteuermann with the U 907. He became a British POW in June 1945 from what he was released on 10th December 1946. 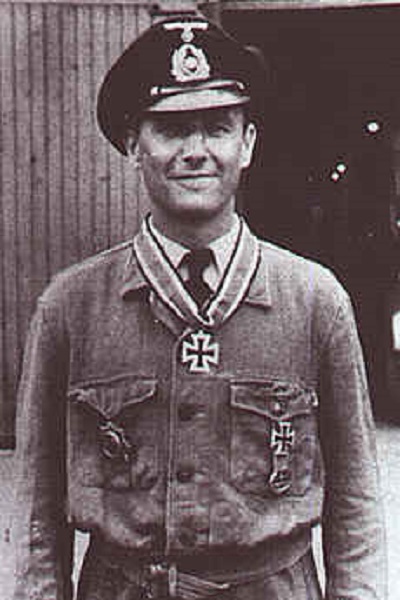