Oberleutnant zur See der Reserve Rudolf Jesse, captain of a minesweeper, has distinguished himself through exemplary bravery in the security of our convoys in the Bay of Biscay despite the increasing enemy pressure.

Jesse, born on the 12.10.1908 in Zoppot, stands as a model small boat commander characterized by boldness and imperturbability in the face of overwhelming enemy superiority. He proved himself in the Black Sea and further distinguished himself in January 1944 during the escort of a valuable convoy through the Dover Strait. Despite being under long range fire he defended against the enemy fast attack craft, shot two of these into flames and was able to preserve his own heavily damaged ship with ruthless dedication. Subsequently he participated in the escorting of 40 convoys (altogether with 100000 GRT) in an area of ocean heavily patrolled by the enemy in the Bay of Biscay. In this time, in a spectacular display of energy and devotion to duty, he saved his boat from becoming a total loss after it was set on fire by a hostile aircraft. 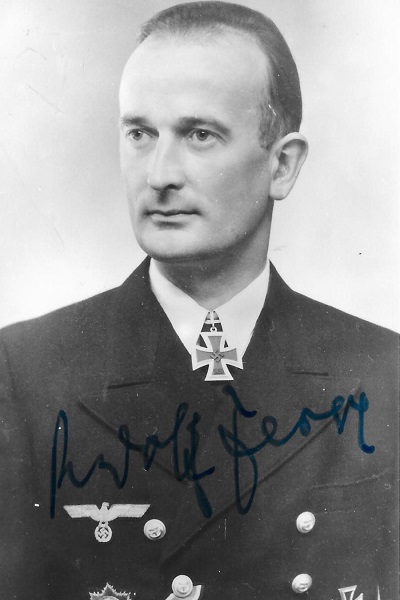