Awarded for his achievements as a pilot. By the end of the war he had flown 392 sorties, including 348 as a bomber pilot in the east. By the time he was sent away for officer training in the spring of 1943 he had destroyed the following enemy materiel

After transferring to the western front he went on to achieve 5 night victories as a single-engined night fighter, 2 B-17 bombers by day and 5 further night victories with conventional night-fighter units. His final total of aircraft destroyed by day and night eventually would reach 23. 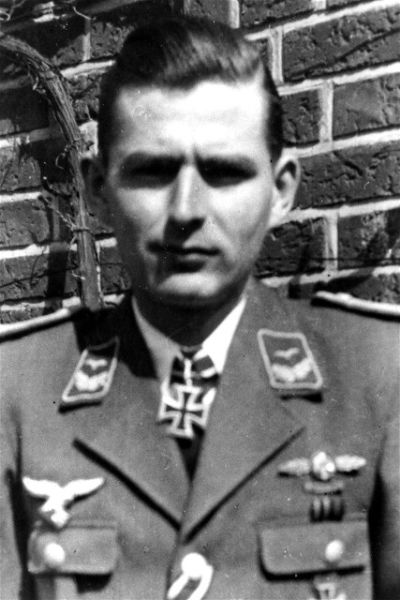