P.J. Aarts served in the Jacht Vliegtuig Afdeling (Fighter Wing), flying the Fokker D.XVII. After he had overturned on November 21st, 1939, whilst taking off from Soesterberg air base in the 211, he was posted temporarily to I-2 LvR, a reconnaissance unit from De Kooy airfield, flying among others the Fokker S-111 "S-16". During the first days of May he flew in the 1 Fighter Wing from Ypenburg air base. On May 10th, 1940, at 03:50, he took off in the Fokker D.XXI "217" (Constr. number 5490), along with F.G.B. Droste in the "228". After having participated in dogfights, both planes touched down on Ockenburg air base to refuel. There was however no fuel available. Both aircraft were left behind and fell into German hands. During the fighting in May, Aarts scored one victory, damaging a Messerschmidt Bf 110c of II./Zerstörergeschwader 1. 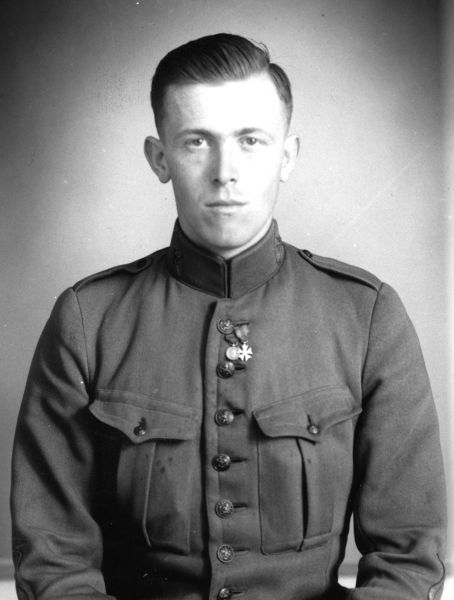