The following press article (dated 04.10.1942) describes why Boehlke was awarded the Knights Cross

The Führer has awarded the Knights Cross of the Iron Cross to Oberst Hellmuth Böhlke, commander of an Infanterie-Regiment.

Oberst Hellmuth Böhlke was born on the 07.02.1893 in Lubahn (Kreis Berent, Gau Danzig-West Prussia) as the son of landlord Otto Böhlke. Showing determined action, he and his brave Infanterie-Regiment prevented a major enemy breakthrough attempt in the Rzhev area and threw back the broken-in Bolsheviks in a bold counterthrust that he personally led.

The following press excerpt describes why Boehlke was awarded the Oakleaves

The 334. Infanterie-Division had already previously distinguished itself through its particular bravery and steadfastness under the command of Generalleutnant Böhlke. It did so at Lake Trasimene (end of June 1944), during the withdrawal movements towards the Arno (start of July 1944) and in the Appenine mountains near Castel del Rio (end of September and start of October 1944). For its achievements it was named in the Wehrmachtbericht along with its commander on the 29.06.1944.

During the middle of December 1944 Generalleutnant Böhlke managed to prevent a breakthrough by strong British forces near Cossignano that was aimed towards the Via Emilia. He did so through personally led counterthrusts, and in the process heavy losses were inflicted on the enemy. 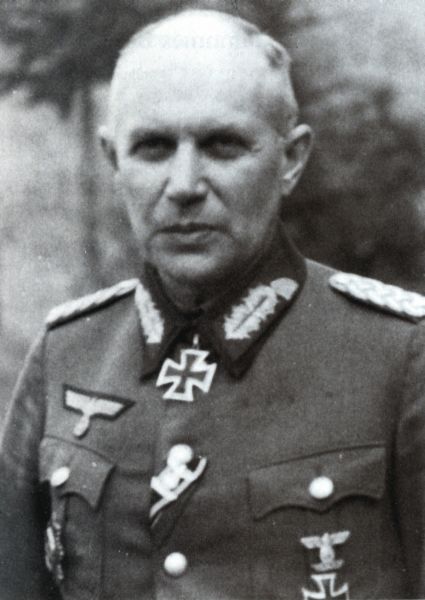