Awarded for his total of about 130 sorties flown. In this time he particularly distinguished himself on a couple of occasions. He participated in a raid on Rennes railway station, which was overflowing with trains. Over 500 freight cars were destroyed in the attack, with the railcard itself also taking heavy damaged. Nacke was also involved in a number of pinpoint operations against England due to his experience. On one of these he destroyed a shipyard near Hastings with several direct hits. 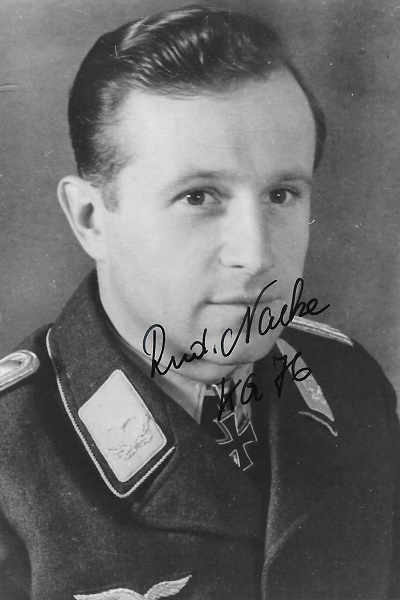