Awarded for his actions on the eastern front. During 1941 he flew 75 combat missions in this theatre, including 10 night raids against Moscow. Among his more noteworthy successes included the destruction of an ammunition train on the 20.09.1941 and his scoring a direct hit on a factory in the Gorki auto works with an SC 1800 on the night of the 04./05.11.1941.

He and his unit were later involved in air missions over the Crimea in the time period February-June 1942. In this time Bätcher flew 206 sorties, including 122 to Sevastopol. He achieved notable successes against both fortifications and shipping. On the 20.02.1942 he sunk a merchant ship with 2000 GRT, and on the 23.02.1942 he struck a tanker with 7500 GRT in the Kertsch harbour. This deprived the Soviet forces on Kertsch from new fuel supplies for 5 days.

He and his crew later flew missions in support of the German advance on Stalingrad. On the 26.10.1942 Bätcher became the first bomber pilot to reach 400 bomber sorties flown, and he was finally recommended for the Knights Cross after his total had reached 444.

Awarded for continuing to fly successful combat missions on the Eastern front. By this time he had brought his personal mission total to 655. 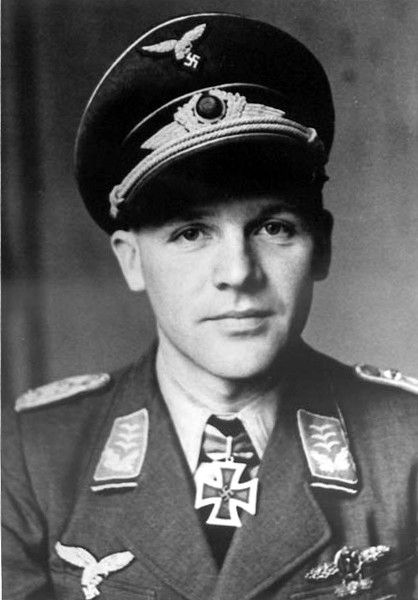