During October 1943 the 2./Sturmgeschütz-Abteilung 277 was deployed to help defend the Nikopol bridgehead. However its heavily attrited state meant that it had only 2 Sturmgeschütze in an operational state when the Soviets launched an attack in the area with 1 tank brigade and 1 rifle division. One of these was quickly knocked out, with the result that Oberwachtmeister Chrzonsz found himself alone against a force of about 50 T-34 tanks.

Chrzonsz destroyed 10 of these before a T-34 rammed his Sturmgeschütz and lifted it up sideways. The two vehicles became wedged together, and as the T-34 reversed it tore away the left track of Chrzonszs Sturmgeschütz. However as the Soviet tank pulled back to an approximately 30 metre range it fell into the gunsight of the German vehicle by chance and was promptly destroyed.

Chrzonsz then drove his gun slowly into the contested village on his own initiative. Covered by the houses, he proceeded to destroy another 7 enemy tanks. This combined with the close-combat kills by the nearby Grenadiers forced the remaining Soviet armour to retreat.

At the end of the day Oberwachtmeister Chrzonsz had achieved a major local victory and raised his total of destroyed tanks to 23. He was thusly awarded the Knights Cross in recognition of his accomplishments. 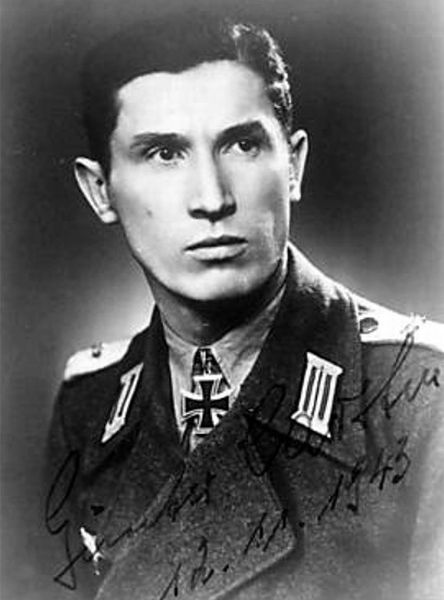