 Then came the Bolsheviks major attack, which essentially was a repeat of their previous attempts but on a larger scale. The friendly counterthrust also succeeded this time. The Soviets were pushed back, however their deployed masses stood firm in the last section of front. The Rhine Grenadiers lay deprived of their officers and NCOs in the swampy terrain, and in no time found themselves outflanked by newly brought up enemy units. This was a true Dörries case. The Gefreiter intervened in the battle, took over the leadership of the Kompanie and created a storm troop from its assembled remains. With this small troop he fought through the enemys right flanking arm. He then held his ground while the rest of the Bataillon fell back to the blocking position.

He defended his ground just as he had done so back at Tobruk, and only pulled back after the much larger enemy force had taken bloody casualties. He accomplished this through hopping from bunker to bunker, as the peculiar general had prescribed. And it proved to be the correct tactic. Covered by his actions, the Bataillon was able to occupy the new position without difficulty and bring the Bolshevik thrust to a halt. Dörries had saved his Kompanie through his energetic intervention and prevented a Soviet penetration along the Beresina. 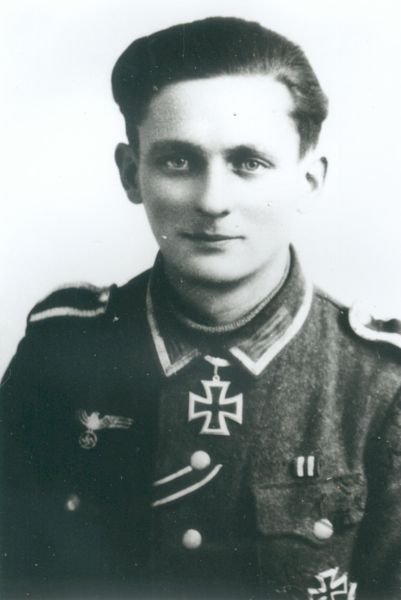