Johannes Post (nickname Bigshot) was born October 4th, 1906 in a hamlet called New-Moscow near Hoogeveen in the province of Drenthe, the Netherlands.
July 29th, 1929, he got engaged to Dina Salomons and they were married November 26th of the same year. In the first years of the war, Johannes occupied himself with sabotage acts, the falsification of Identity cards and searching safe havens for persons in hiding. In 1943 he started getting involved with armed resistance. He was given a gun by his brother Marinus, also a resistance fighter.
Wednesday, June 23rd, 1943, Johannes and his band of resistance fighters raided four PBH's in one day. These PBH's acted as local representatives of the Regional Food Commissioners who were responsible for the production and distribution of food. After these raids, he raided many more objects throughout the country.
At some time in March 1944, he was given overall responsability for the organised resistance in the three northern provinces of Friesland, Groningen and Drenthe. After one of the key people of the resistance had been arrested, Johannes joined the staff of the LKP (National Assault Groups). Soon after, two out of four leaders were arrested. One of the remaining leaders had to go into hiding and for a short time, Johannes was the only one in charge of the LKP.
June 26th, 1944, Johannes' best friend, Jan Wildschut was arrested. Johannes started making plans to raid the most heavily guarded prison in the Netherlands, the Huis van Bewaring on the Weteringschans in Amsterdam. Another resistance group had raided this prison before but it had failed. With the help of one of the guards, a plan was drawn up for an assault. The assault was launched in the night of July 14th, 1944. Unfortunately, the raid, one of the most daring in the history of the Dutch resistance failed. Johannes was caught and after a brief interrogation was executed in the dunes near Overveen the next day, together with 13 others.
He was reburied November 27th, 1945, in the War Cemetery in Bloemendaal. The military barracks in Havelte in the province of Drenthe has been named in his honour.

The decoration was presented on 15th March 1984 by Z.K.H. Prins Bernhard to the Johannes Post Kazerne. 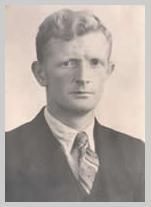 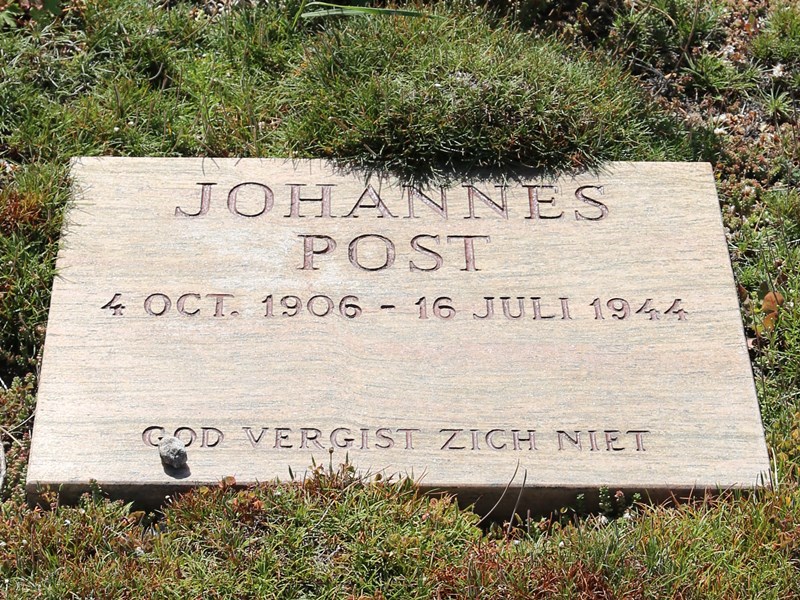 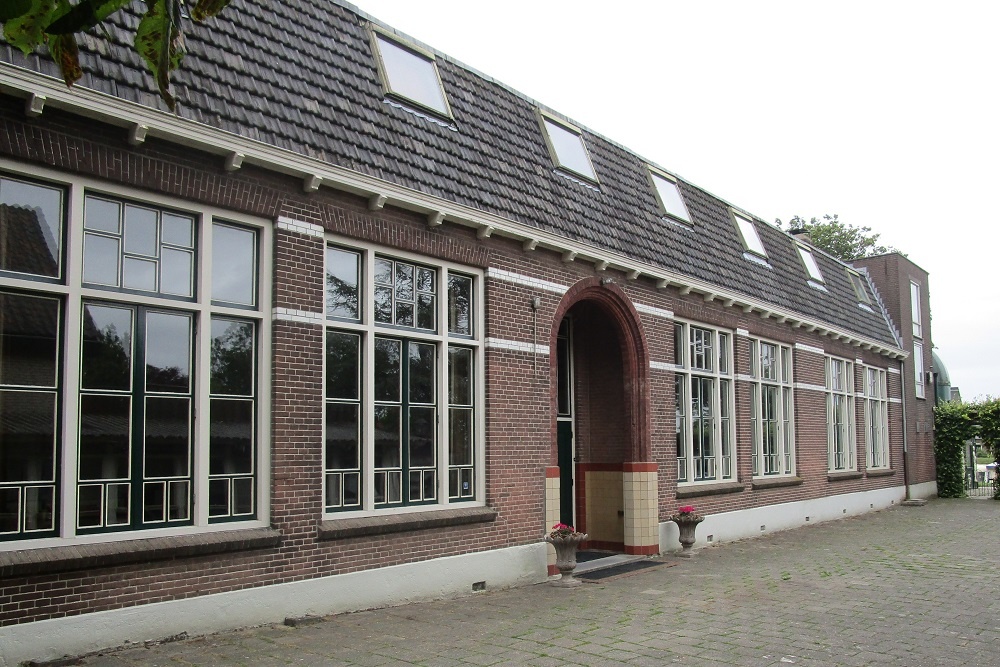 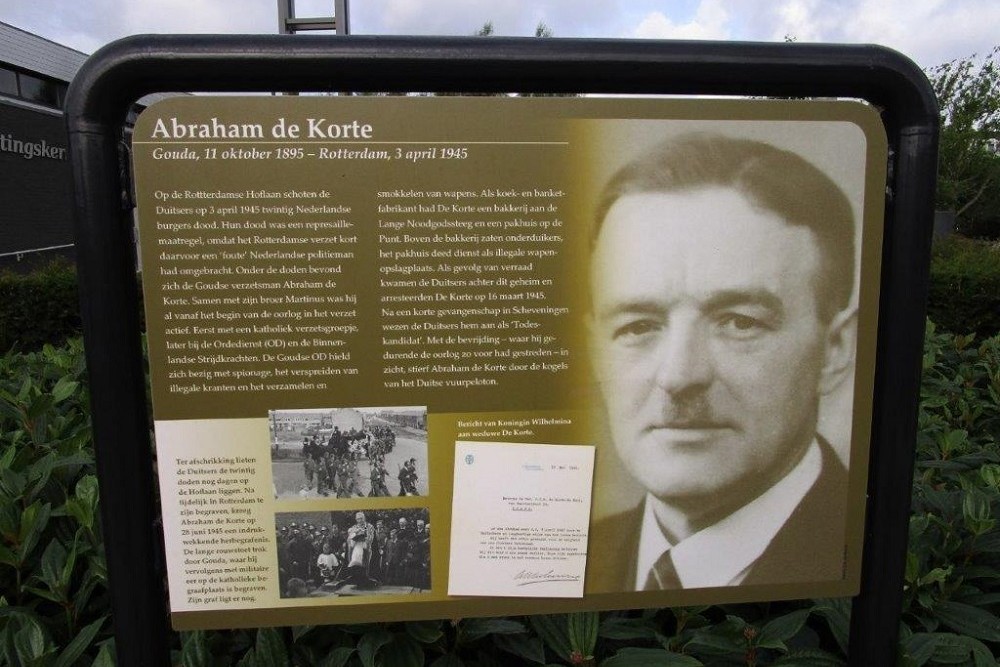 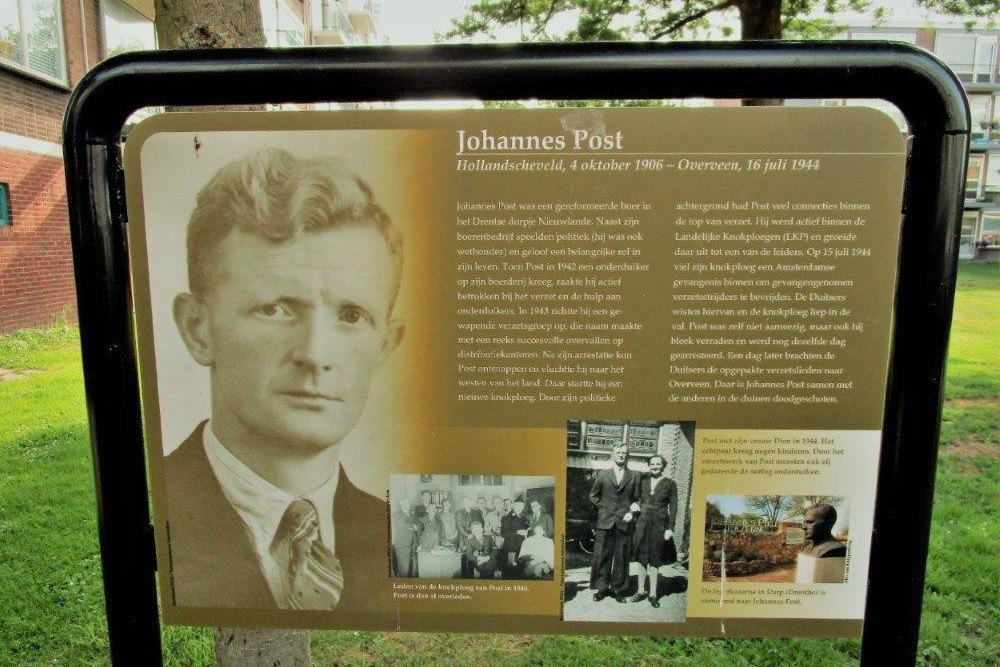 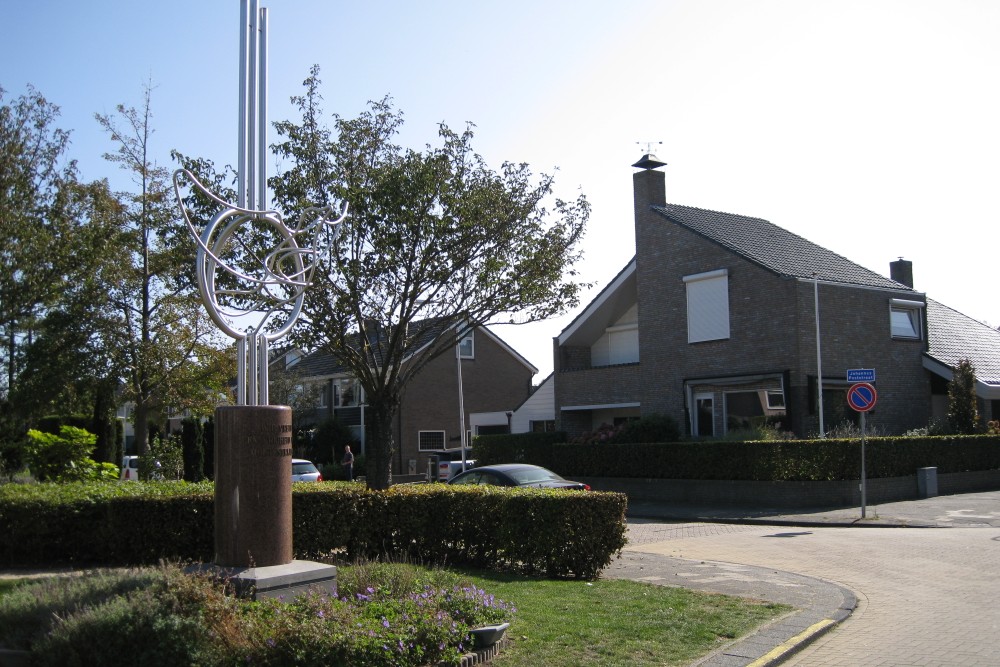