Urban L. Drew is one of only two men to receive the Air Force Cross for actions performed during World War II. The recommendation for the Distinguished Service Cross was turned down because of insufficient confirmation. The gun camera had jammed and 2LT Robert McCandliss, the Number 2 man, had been shot down by flak and became a Prisoner of War until the end of hostilities. Thirty-nine years later, the total story was confirmed by both the German Luftwaffe archives and the American Air Force archives.
In a later mission he and his two wingman also destroyed the only Luftwaffe six-engine flying boat at Bug Seaplane Base in Northern Germany. This six-engine aircraft was later acknowledged to be a BV-238 VI, a new very-long-range bomber that had just finished its operational tests and with which Hitler had hoped to attack New York and Washington. With the prototype sunk, the Nazi program apparently was abandoned. At the completion of his ETO tour, Drew was transferred to various training bases in the U.S. In 1945 he was assigned he was assigned to the 413th Squadron, 414th Fighter Group, flying P-47s at Iwo Jima in the Bonin Islands.

Citation:
"The Air Force Cross is presented to Urban L. Drew, Major (Air Corps), U.S. Army Air Force, for extraordinary heroism in military operations against an armed enemy of the United States as Leader of Blue Flight, 375th Fighter Squadron, 361st Fighter Group, 8th Air Force near Hamm, Germany, on 7 October 1944. On that date, Lieutenant Drew became the first Allied pilot to shoot down in combat two ME-262 aircraft. Through his extraordinary heroism, superb airmanship, and aggressiveness in the face of the enemy, and in the dedication of his service to his country, Lieutenant Drew reflected the highest credit on himself and the United States Air Force."

During the fight in this mission, Lieutenant Drew flew a North American P-51 Mustang. 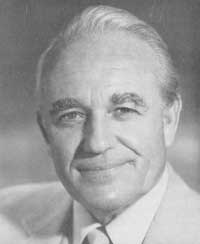