Citation:
"Lieutenant Baker was taken prisoner whilst wounded near Arnhem on 18th September 1944. After remaining in hospital at [Braelo?] for five weeks he was put on a hospital train for transfer to Germany. His boots had been removed, but by a trick he persuaded a guard to return them. When he considered the guards were sufficiently sleepy he swung his feet out of bed, smashed the window and threw himself out. Although the train was travelling at approximately 30 m.p.h. his practice in parachute jumping enabled him to "land" without serious injury. He concealed himself until the train had passed and then found a more secure hiding place. The next morning, carrying a sack and a stick, he passed several parties of Germans unchallenged and continued to Holten. Whilst receiving shelter from civilians he gave instruction to members of the Underground in the use of explosives and on one occasion during an R.A.F. raid blow up a railway track.
Moving to the Marienbergh area, he again took part in sabotage activities and on 25th March 1945 had to swim a canal under fire from both the Dutch and the Germans when the enemy interrupted the laying of explosives. Lieutenant Baker met advancing Allied forces on 4th April 1945." 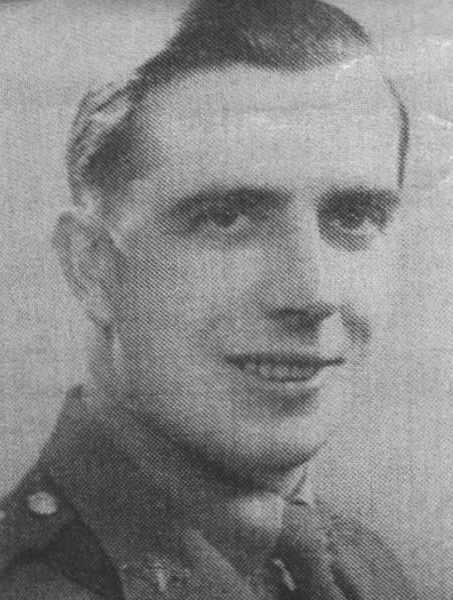