Jüttner was born on March 2nd 1894 in Schmiegel. After he had finished the Gymnasium, he joined the German Army as a volunteer and fought in the First World War. During this war he received the Eisernes Kreuz 1st and 2nd Class and the Order of the Zähringer Lion with Swords. In 1915 he had reached the rank of Leutnant. In 1920 he left the Reichswehr with the rank of 1e Leutnant. He found jobs as a salesman and a freelancer. In 1933 he became the Sports teacher in Breslau and joined the SA. In 1934 he became leader of the SA training body in Munich.

In 1935 he became a member of the SS-Verfügungstruppe (SS-VT) that later became the Waffen-SS. On September 13th, 1936 he was promoted to SS-Sturmbannführer and part of the SS-VT inspection department in Berlin.
In 1939 he was attached to the staff of the Inspector of the SS-Verfügungstruppe. Here he held the rank of SS-Obersturmbannführer. He took part in building up the Kommandoamt der Waffen-SS as a counterpart of the Wehrmachts Oberkommando, later called the SS-FHA (SS-Führunghauptamt). This organisation included the administration of the Concentration Camps. In June 1942 he was given the rank of General after his promotion to SS-Obergruppenführer. On January 30th 1943 he reached the highest post he achieved when he became Leader in the SS Main Leadership Office. On July 21st 1944 he was appointed stellvertretenden Chef der Heeresrüstung und Befehlshaber des Ersatzheers by Heinrich Himmler, becoming Himmlers deputy.
Jüttner died in Bad Tölz on May 24th 1965. 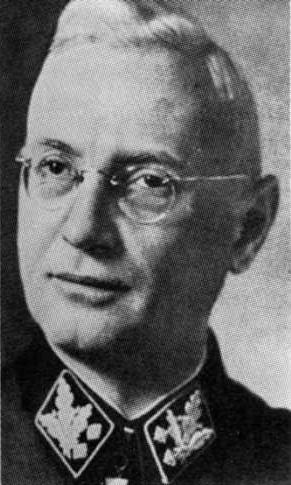