Charles Lévêque was born April 23rd 1913 and he joined the French Air Force in 1934 for his mandatory service. He was once again called to arms on August 15th 1939. After the armistice he was, together with his brother George, stationed on an airforce base of the Vichy Air Force near Francazal, Toulouse. Together with their friend Marcel Delchambre, they decided to go to North Africa and join the French Freedom Forces (FFL). They crossed the Spanish border on November 22nd 1942, but were arrested the following day. They were transported to the Miranda camp, but managed to escape from there. They were able to reach Casablanca and Charles was incorporated in the "troisieme regiment de chasseurs parachutistes". From here he was send to a SAS (Special Air Service) training and arrived in England on November 7th. From 1944 onwards he was active in Commando missions. On August 18th he was dropped near Lyon and on August 22nd he was active in fightings in St Martin La Plaine. On April 7th 1945, his unit was dropped near Norg in the Netherlands and were active in the liberation of the North Eastern part of the country. 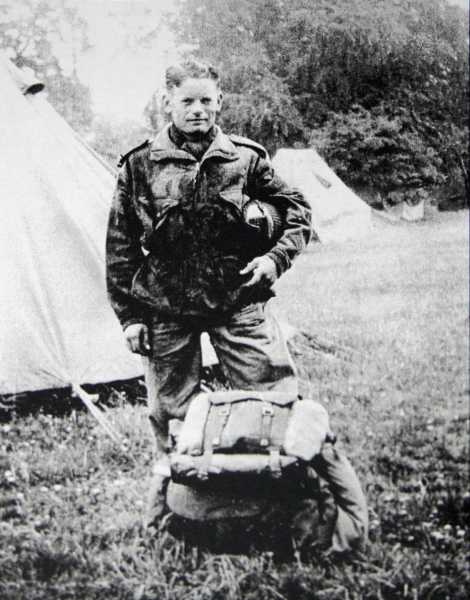