Antonius Gerardus Christiaans joined the Royal Dutch navy in March 1921. Early 1932 he was stationed on board the Hr.Ms. van Galen with which he visited Shanghai. Was a member of the landing detachement of the van Galen in Shanghai from 23rd August until 17th November 1937. In June or July 1940 he was fired from the Royal Dutch Navy in relation to the invasion of the Netherlands by the German Forces.
In 1943 he was captured by the German Forces and brought to prisoner-of-war camp Stalag VA, Ludwigsburg, near Stuttgart.
In May 1945 he was liberated by the Free French Army, and returned home.
He joined the Royal Dutch Navy again and was placed with the British Royal Navy, stationed in Skegness at the H.M.S. Royal Arthur.
He stayed with the Royal Dutch Navy until December 1960. 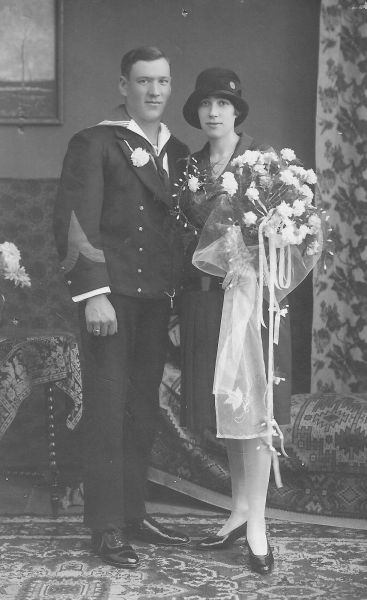