Piet Mahu was born September 5th, 1917 in the village of Stoppeldijk as the eldest son in a family of ten children  five boys and five girls. After graduation from primary school at the age of 13, he attended the former School of Trade in Hulst from which he graduated succesfully at the age of 17.
He started his carreer at the Rotterdam Bank in Hulst where he was employed for several years before being drafted into compulsory military service. In February 1938, his 21st birthday, he joined the Royal Dutch Navy as student pilot-NCO. After basic flight training at De Kooy and the MOK, where he was trained on both land- and seaplanes, he was dispatched to the Dutch East-Indies for a period of two years.
After training at the Surabaya Flightschool, he was made ready for service on the Dornier Do-24 flyingboat which was in use at the time and was posted to GVT-8, initially as 2nd pilot but he rapidly became 1st pilot, flying numerous pre-war patrolflights over the vast island-empire. During these missions, often lasting three months or more, he gained valuable experience and acquainted himself thoroughly with the work of the Naval Air Service. Piet Mahu met all expectations, was charged with ever growing responsibility and sometimes had to act indepently. He came through this period with flying colors and fulfilled everything that was expected of him.
The period of gaining experience and reconnoitering this vast area came to an sudden end when first the Netherlands entered into the war in May 1940 and later on when the Dutch East-Indies were occupied by the Japanese in 1941. GVT-8, Piets unit was stationed in the South Chinese Sea at the time. Piet Mahu took part in numerous actions, performed his duties and more than that. Long reconnaissance flights, carrying bombs and often short periods of rest. He was a great help to his commander, LtZ van den End, RDNR (Royal Dutch Naval Reserve) who had to rely heavily on Sgt. Mahu due to his lack of experience. He supported him as much as he could and forged the crew of his flyingboat into a well-oiled team.
For Sgt. Mahu and his crew, the end of their struggle came on February 24th, 1942. After the succesful bombing of a Japanese vessel near Muntok, two flyingboats on their return flight to Tandjung Priok, encountererd a formation of Japanese Naval aircraft. In the end, both flyingboats were shot down by a superior enemy force. Sgt. Mahu and his crew lost their lives in the X-17.

Citation:
For having displayed courage and perseverance, as First Pilot of a flying boat of our Naval Air Service in the Dutch East-Indies during the execution of numerous reconnaissance and convoy flights in and around the Dutch East-Indies; more in particular during the rescue of survivors of the s.s. Overstraaten in the Indian Ocean; of the s.s. Sloet van de Beele and of Our Destroyer H.M. van Nes in the Sea of Java and while executing a bombing attack on a hostile cargo vessel near Muntok, during which the aircraft was shot down in flames and lost with all hands. 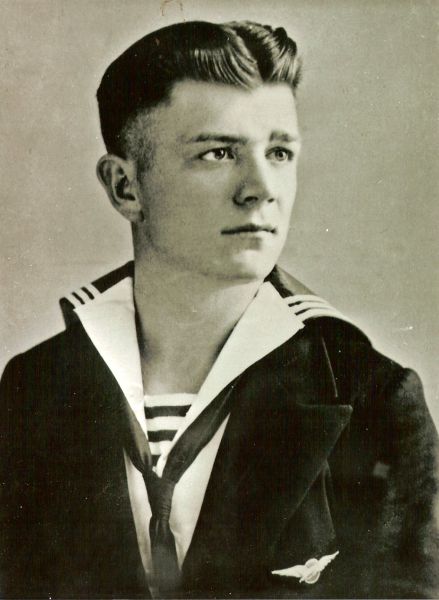