Don Kingaby, the son of a priest joined the RAFVS in 1936 while still working for an insurance company. He was mobilised in September 1939 and after secondary training he was posted to 266 Squadron and was transferred to 92 Squadron in September 1940. His successes in the air earned him the nickname "The 109 specialist." During the invasion of Normandy, he scored his last victory, raising his tally to 21 kills.
After the war he received a permanent commission in the RAF and was in command of 72 (Vampire) Squadron. In 1952 he was awarded the Air Force Cross.
He left the RAF in 1958. Many years later, he and his wife followed their daughters to the U.S. He passed away in 1990 after a long period of illness.

Citation:
This airman has displayed great courage and tenacity in his attacks against the enemy. He has destroyed at least nine hostile aircraft, four of which he shot down in one day."

Citation:
"This airman pilot has continued to prove himself a very able section leader who fights with coolness and courage. He has now destroyed at least fourteen enemy aircraft and damaged others."

Second DFM awarded as a bar for on the ribbon of the first DFM.

Citation:
"This airman leads his section- and occasionally the flight, with great skill and courage. He has participated in 36 operational sorties during which he has destroyed 17, probably destroyed 6 and damaged a further 7 enemy aircraft. Flight Sergeant Kingaby has at all times displayed the greatest determination and sound judgment, combined with a high standard of operational efficiency."

Third DFM awarded as second bar for on the ribbon of the first DFM.

Citation:
"Squadron Leader Kingaby has taken part in more than 300 operational missions, a large number of which have been over enemy territory. Recently, he has led his wing in several engagements during which considerable losses have been inflicted on the enemy. Much of the success achieved can be attributed to Squadron Leader Kingaby's great skill and inspiring leadership. Since being awarded a second bar to the Distinguished Flying Medal he has destroyed 4 enemy aircraft, bringing his victories to 21." 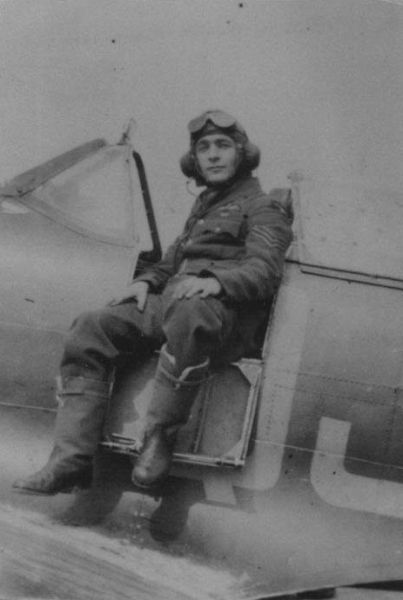