Recommendation:
During the night 16/17 April 1945 a strong enemy force consisting of approximately one thousand men supported by self-propelled guns attacked the town of Otterloo, Holland. The Irish Regiment of Canada was responsible for defending this town which was a key point in the main axis of advance of 5 Canadian Armoured Division and the location of Divisional Headquarters. The enemy succeeded in infiltrating into the town and bitter fighting continued throughout the entire night.
By 0600 hours approximately 300 of the enemy had succeeded in infiltrating into a vital sector and were securely dug-in along the verges of the narrow road. Corporal Asseltine, commanding a section of three flame-throwing carriers Wasps) was ordered to clear this vital sector. When the section, with Corporal Asseltine in the leading carrier, moved onto the road, it immediately came under intense small arms fire from three sides at point blank range, in many instances as close as four of five yards. Disregarding the enemy fire this gallant Non-Commissioned Officer, with great coolness, directed the work of his section and opened fire with his flame-thrower, spraying ditches and slit trenches on both sides of the road. A concealed Bazooka position opened up at approximately 30 yards range and the second carrier was put out of action. Corporal Asseltine immediately rushed the position and with one burst from his Bren Gun killed the crew. Visibility was limited by fog to fifty yards but this Non-Commissioned Officer advanced up the road a distance of three hundred yards until his fuel was exhausted and then continued his advance firing small arms until this vital sector was cleared of the enemy. He then turned around, picked up the crew of the carrier which had been put out of action, and returned to his headquarters to re-fuel.
As a result of this Non-Commissioned Officers magnificent leadership and courage seventy of the enemy were killed, many wounded and he remainder so demoralized that the tactical picture was completely changed and the town was quickly cleared of the enemy. 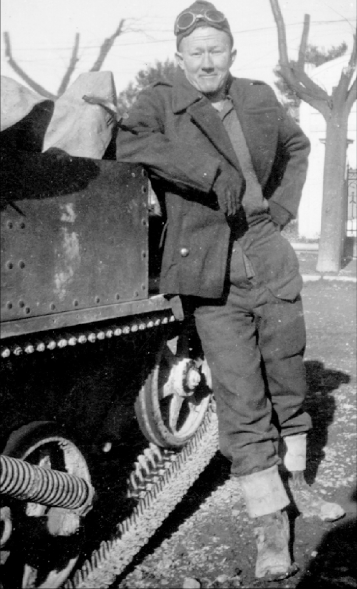