Recommendation:
On 30 July 1943, 3rd Infantry Brigade was attacking Catenanuova (Sicily).
Lieut. Atkinsons platoon was detailed to make a crossing over the dried river bed to the South West of the town in order that close support weapons could get across to support the attacking infantry.
This officer organized and lead his platoon in a very gallant manner. His personal example of courage was largely responsible for the successful completion of the road, although the work was carried out under continuous mortar and shell fire. As the task was completed, this officer lost his left arm and suffered mutilation of the right arm. In spite of this he continued to command his platoon until all other casualties and the comd, rest of the platoon were evacuated. 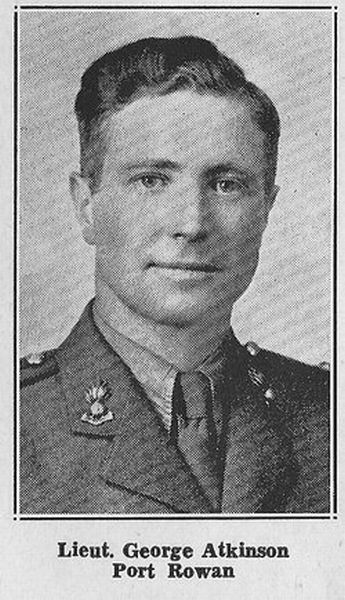