Recommendation:
On 6 June 1944 C Coy, commanded by Major Georges Sévigny, acted as adv gd for Le Régiment de la Chaudière during its advance through the villages of Bény-sur-Mer, Basly and Colomby-sur-Thaon to the brigade final objective, which was reached late in the evening of D-Day.
During this advance of approx 4000 meters against villages which were strongly defended by infantry and infantry weapons, the coy was constantly under fire.
Major Sévigny was well forward with his leading troops throughout and led and directed the efforts of his coy in such a manner that not only were the villages captured, but by his good tactics and aggressive action, he greatly assisted his Battalion Commander to gain his final objective with a minimum of delay.
Major Sévigny showed himself to be brave, resourceful, and possessed of sound judgement. He was an outstanding example to his men during this their first time in action in which he displayed personal courage, and by his bold actions contributed greatly to the success of his battalion in the gaining of its objective and the holding of it during the first night. 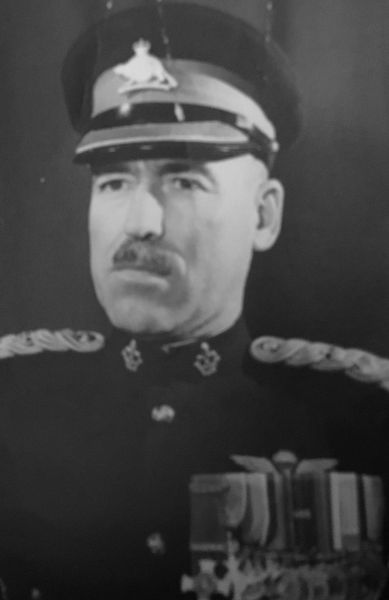