Millard F. Fowler was born in 1921, son of Willard and Fern Fowler. He graduated from Okanogan High School in 1940 and subsequently took over his fathers Fowler Construction Co.
July 1942 he enlisted in the US Navy and attended flight training at the Marine Flight Corps at Corpus Christi, receiving his wings on July 10th , 1943. The very same day he married Frances Jones. Millard Fowler was posted to Marine Fighter Squadron 18 (VMF-218) and arrived on Bougainville in January 1944. Here he flew his Chance Vought F4U Corsair Lady Frances. He completed 110 operational sorties before being honorably discharged in 1946.
After World War Two he remained at the helm of the Fowler Construction Co until 1971; he constructed the Fowler Mobile Home Park in Okanogan. The Fowler couple had two sons and one daughter.

Citation:
During two tours of duty, Lieutenant Fowler took part in 51 combat missions over Japanese territory, frequently encountering intense anti-aircraft fire and heavy enemy fighter plane opposition.
On February 3, while providing cover for bombers in a strike against Tobera airfield, New Britain Island, he attacked and shot down an enemy fighter plane which attempted to intercept the formation. His skillful airmanship and courageous devotion to duty contributed materially to the success of all missions and were in keeping with the highest traditions of the United States Naval Service. 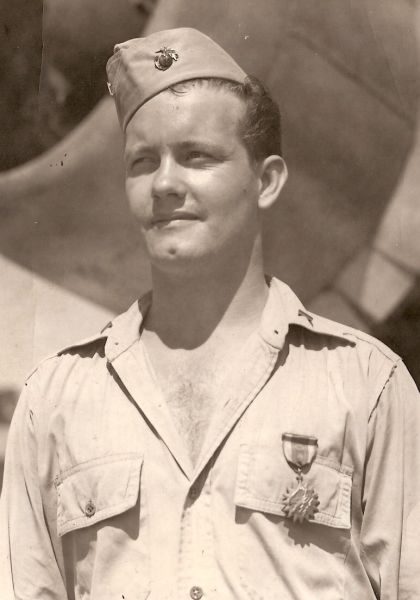