October 11th, 1955: MiD "In recognition of gallant and distinguished
service in Malaya".

Citation:
"Flight Lieutenant Pike was forced to make a crash landing near Tobruk in June, 1940. His skull -was fractured and he was captured immediately. On arrival at a prison camp at Sulmona, he began preparations for escape and in January, 1941, with two other officers,- he climbed over a 10 foot wall by means of ladders. The 'party's original intention of stealing an aircraft from Foggia airfield had to be abandoned because of unfavourable weather and instead, they struggled on foot, through deep snow towards the coast. Seven days later they were captured by Italian coastguards. Throughout the remainder of his imprisonment. Flight Lieutenant Pike continued in his efforts to escape, and, as a result, was sent to Gavi prison camp. In September, 1943. when the Germans occupied this camp, they entrained all prisoners for Germany. Although Flight Lieutenant Pike had broken his ankle and his leg was in plaster, he climbed on to the buffers of the train when it was travelling at 25, miles per hour and jumped off. With another officer, he made his way to Marano, where he was sheltered until his leg was healed. Towards the end of November, 1943, he continued his way south but was recaptured on 5th December, 1943, by a Fascist. He was liberated in May, 1945, by the Russians from Stalag Luft I." 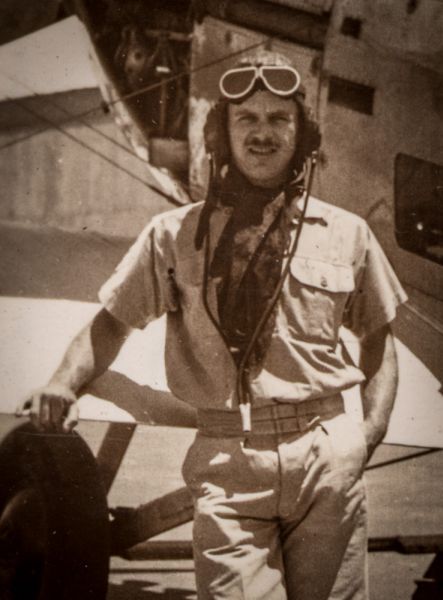