Was promoted to Flight Lt and later squadron leader, but demobbed as Flt Lt. His Wellington III was shot down 28/29 August 1942 en route to Nuremberg he bailed out at 18,000ft and evaded capture using the Comete escape line.

They took off from RAF Marham at app 20.30 on 28 August 1942, Cope was the navigator / observer on Wellington mk lll KO-D serial No X3675, this was shot down by Hauptmann Ludwig Bietmann. Cope said it was a Junkers 88 night fighter other sources state a ME 110 from 5/.NJG 1. Only one other crew member survived, the Wireless Operator, New Zealander F.Sgt N Mackenzie who was captured. The pilot and both gunners died.

Cope made his way back to England via Gibraltar having crossed the Pyrenees with a Basque guide (Florentino Goikoetxea) and Andrea de Jongh (Dedee) and three other service men.

Citation:
"In most hazardous circumstances, during an operational flight, this airman displayed conduct in keeping with, the highest traditions of the Royal Air Force." 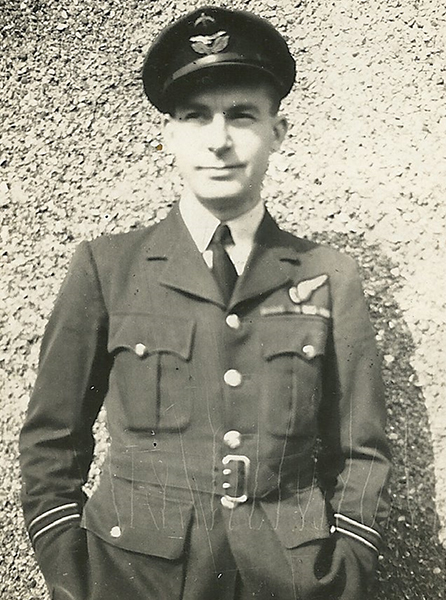