"For heroism while participating in an aerial flight, as side to First Lieutenant Paul Evert, Air Corps, pilot, during the national balloon race starting from Bettis Field, Pittsburgh, Pennsylvania on 30 May 1928. Their balloon was struck by lightning or received a heave charge of electricity during a severe electrical storm while over Youngwood, Pa. at an altitude of approximately 1,200 feet, instantly killing the pilot setting the balloon on fire, and severely shocking and partially paralyzing Lieutenant Ent. He endeavored to relieve his pilot, not being sure that he had been killed, but was unsuccessful. Although the balloon was burning and slipping, he maneuvered it to land safely without injury to private property. When the balloon collapsed about 20 feet above the ground the remaining hydrogen bas burned quickly, destroying the envelope and net. Disregarding his own personal safety and with great devotion to duty, Lieutenant Ent stayed with the balloon at the risk of his life instead of landing with his parachute. His courage, Daring, and heroism reflect great credit upon himself and the Army of the United States."

"For exceptionally meritorious and distinguished services to the Government of the United States, in a duty of great responsibility as Military Attaché to Peru from 1939 to 1942. As senior neutral military observer on the Peruvian side during the settlement of the recent Peruvian-Ecuadorian dispute. The confidence in and admiration for Colonel Ent of the Commander in Chief of the Peruvian Army and all other Peruvian Officers with whom he worked was a substantial factor in the successful agreement reached at Talara, which finally established a demilitarized zone between the two combatants. His ability, intelligence, and initiative gave him the full confidence and cooperation of his Argentine and Brazilian colleagues on their joint mission Throughout this arduous period, he performed these clearly exceptional duties in a superior manner and concurrently maintained the outstanding caliber of his regular duties as military attaché. Colonel Ent's duties in this capacity were far above normal to his grade or assignment, and throughout brought international credit to the Army of the United States."

"For extraordinary heroism in connection with military operations against an armed enemy while serving as Mission Commander for a force of B-24 Heavy Bombers of the NINTH Air Force, engaged in in a bombing mission on 1 August 1943, against the Ploesti Oil Refineries in Rumania. Brigadier General Ent as overall mission commander for this raid, flew with Colonel Keith Compton (376th Bombardment Group (H)), in the lead airplane of the entire force of American heavy bombardment aircraft that attacked Ploesti on 1 August, 1943. In this operation, one of the longest mass bombing flights and one of the most daring low-level attacks in aviation history, General Ent coolly and courageously directed his force at tree-top level and in the face of blazing anti-aircraft fire and balloon barrages to a position from which it could bomb the target successfully. Brigadier General Ent's action in this perilous situation was one of utmost heroism and superb airmanship. His personal courage and zealous devotion to duty have upheld the highest traditions of the military service and reflect great credit upon himself, the 9th Air Force, and the United States Army Air Forces."

"For exceptionally meritorious conduct in the performance of outstanding services to the Government of the United States as Commanding General, 9th Bombardment Command, NINTH Air Force, from January to October 1944." 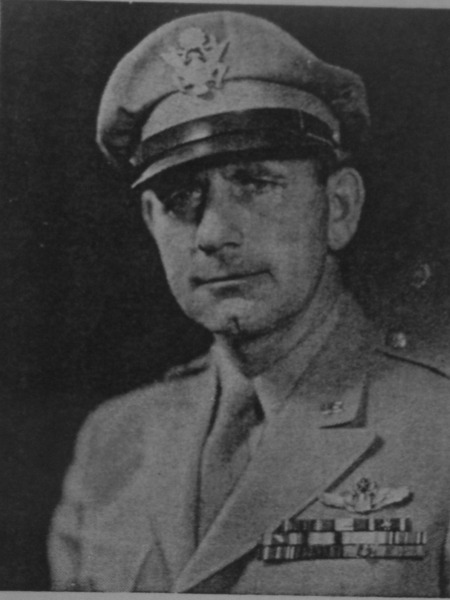