Lev Hloba was born in June 1925 in the former Ukranian village of Chelm which was placed under Polish rule after the First World War.
After the German invasion of the Soviet Union, he entered service with the Schutzmannschaft-Bataillon 102 (ukrainische) which unit was later incorporated in the 30. Waffen-Grenadier-Division der SS.
On August 27th, 1944 the batallion under the command of Lev Hloba deserted from the German army and joined the French resistance where it performed as the 2e bataillon ukrainien des Forces françaises de l'intérieur, Groupement Frontière, Sous-région D.2.
Later he emigrated to Canada. 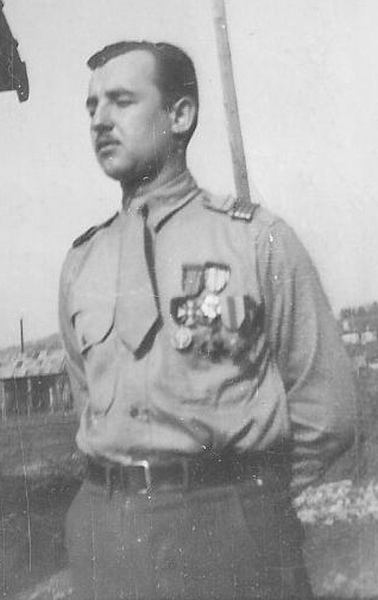