Martien Bueters worked during the outbreak of the war as a factory worker in the RAVO shoe factory in Ravenstein. In 1942 he was approved for mandatory military service (photo 4,5). Martien had to work for the German Arbeitseinsatz in 1942, young men from Herpen were sent to Germany for the construction of roads etc.
Mandatory employed in Germany, he and his brother Piet, fled at nearly the end of the war but were captured just before the Dutch border. Martien was then transported to the concentration camp "Neuengamme" near Hamburg in Germany. He became prisoner number, 58010. After his arrest, he came to work in the quarry "Aussenkommando" Meppen / Versen, an outside camp of Neuengamme. He had to dig tank ditches in the service of the Fa. Hochtief. Every day the prisoners were given only soup. Therefore, his parents sent a food package weekly. Just before the end of the Second World War he was greatly weakened and had lost a lot of weight, on March 17th 1945 he deceased due to the weakness at that location. Martien's family was informed of his death on April 26th 1946 by the Red Cross.
On February 19th 1952 he was reburied in his current resting place in Herpen.

Martien is commemorated on the War Memorial in Herpen. There is also an annual commemoration on May 4th held by the foundation "Herpen in Word and Image" for Martien and other war victims.
His name was also mentioned in the book "Nederlanders in Neuengamme". In this book M. Bueters is named on pg. 360 (deceased in Meppen / Versen, Germany). 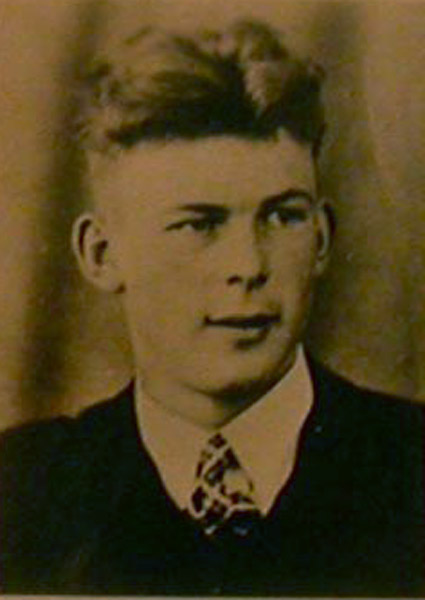 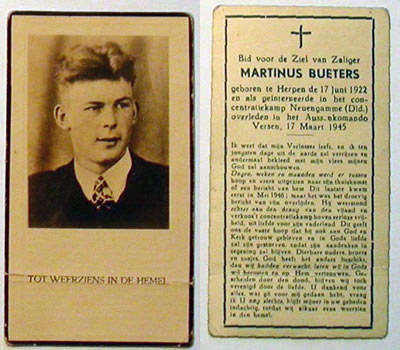 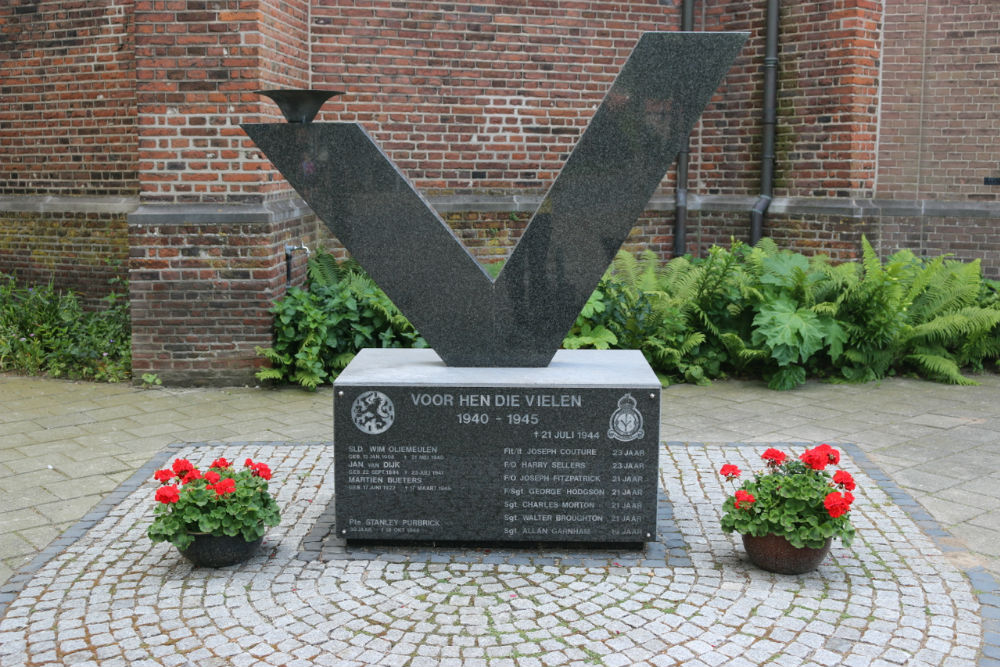