Vice admiral Shigeru Fukudome was Chief of Staff in the Imperial Japanese Navy during the Second World War.

On 31 March 1944, his plane flew from Palau to Davao (Phils.) and crashed at sea (due to severe storm) in the province Cebu (Phils.) under japanese occupation & was arrested/detained by local resistance fighters (guerillas) in their mountain HQ. He was subsequently released due to tremendous pressure from the local japanese garrison commander.

Fukudome was arrested in 1945 and convicted for involvement in the execution of two downed U.S. airmen. 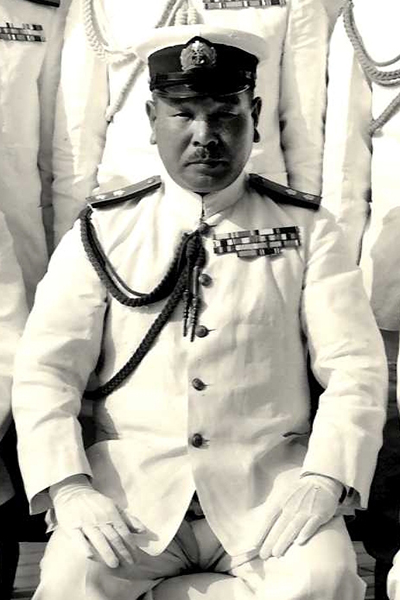