Citation:
"In the early morning of Tuesday after landing and taking up a defensive position. Staff-Sergeant White was the (sole?) member of a 6-pounder Anti-Tank gun crew. He manned his gun single handed and under heavy mortar and shell fire, he stayed with his gun and fought it entirely himself. He destroyed a Self-Propelled enemy gun with his first shot and continued to engage enemy tanks. Through this man's courage and determination and complete disregard for his own safety he was responsible for delaying the advance of the enemy armour." 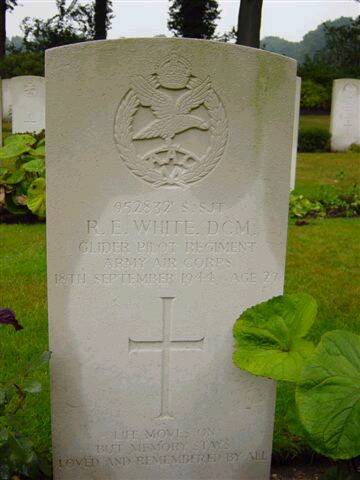