CAREER:
1939-40: fought against Germany as a lieutenant in the reserve
11th May 1943: Joined the LVF and sent in Russia as a platoon leader in the 11.Kie III.Bat IR 638 - LVF
August 1943 : WIA
January 1944: Oberleutnant and chef der 7.Kie II.Bat IR 638 - LVF
September 1944: Obersturmführer and chef der SS Pionier Kie - 33. SS Div. Charlemagne
April 1945: trialed in Carpin - Pomerania for having abandoned military equipment in Bärenwalde and released
End April 1945 : appointed to the staff of the remnants of the 33. SS Div. Charlemagne in Neustrelitz
May 1945: captured and trialed in France, one of the sole French officer serving in the LVF and Waffen SS released by the French court of justice 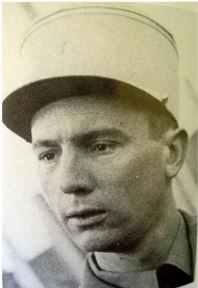 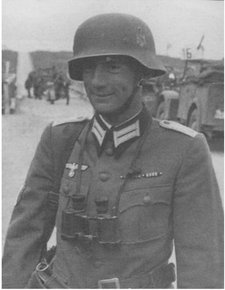 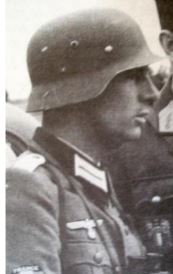