In Greek culture there are many heroes to be found. Classical heroes are immortalized in the epic poems that were written a long time ago. Through retellings, movies, and other media, their deeds keep receiving attention and nowadays everyone knows Hercules, Ajax and Odysseus. This article focuses on another Greek hero, who did an epic worthy deed: Marinos Mitralexis (1920-1948).

On October 28th, 1940, fascist Italy attacked Greece through Albania. The Italians were supported by their aircraft and hoped for a swift victory. Instead, they were given a conflict that lasted a long time. One of the Greeks that resisted the Italian invasion was Marinos Mitralexis.

Mitralexis, a pilot, flew with his squadron in PZL P.24 fighters. These planes were made in Poland and designed as export models of the PZL P.11. The plane had an enclosed cockpit and flew for the first time in May 1933. The armament existed of four machine guns, of which two were placed in the wings.

On November 2nd, 1940, ten Italian Z.1007 bombers were in the air for a bombardment on Salonika. The 22th squadron, whom Mitralexis belonged to, took off to chase the bombers away. As soon as the Greek fighters were spotted, the Italian bombers dropped their deadly payload and headed back to base. The Greek fighters went after them and Mitralexis emptied his machine guns on a bomber that he claimed he shot down. Still, this wasnt enough for the young Greek and he flew with his propeller against the tail of another bomber. The Italian pilot had difficulty controlling the plane and was forced to land. Although the pilot died, four crewmembers managed to get out of the wreck. Mitralexis himself also made a forced landing nearby. With the help of some farmers, along with his side-arm, he forced the Italian crew to surrender. 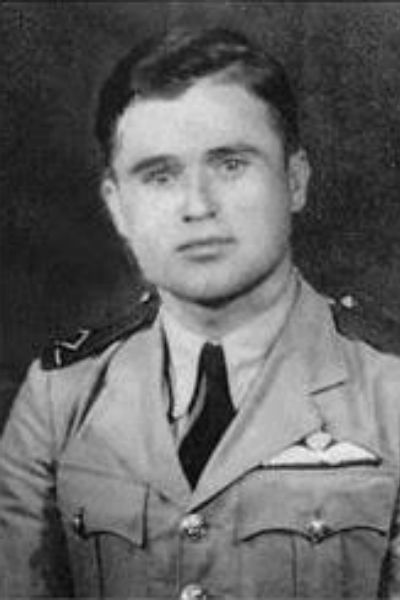