"He took part in the Decennial Air Cruise (Italian: Crociera aerea del Decennale) as a Pilot ."

"As a Trasvolatore atlantico commander of a group of fast bombing aircraft and at the head of his wingmen he carried out a lightning-fast attack against the English fleet sailing in the open sea with great audacity and skill, managing to hit and sink an enemy warship despite the violent anti-aircraft reaction. On another occasion he took off at a full load at night to carry out a bombing strike on a distant and well-equipped enemy base, but was soon forced to descend on rough ground due to a sudden failure of the engines and managed with great skill to land the burning aircraft there. Although immediately engulfed in flames which were already biting his flesh and aware of the grave danger of the imminent explosion of the bombs, with the sole intention of saving the crew, he intended to be the last person to leave the aircraft. After having once again addressed words of faith and encouragement to his crew members, who managed to save themselves, he endured the atrocious sufferings of his burned body with superb stoicism, thus heroically ending his glorious life as an airman and soldier. Eastern Mediterranean airspace, June - July 1940. 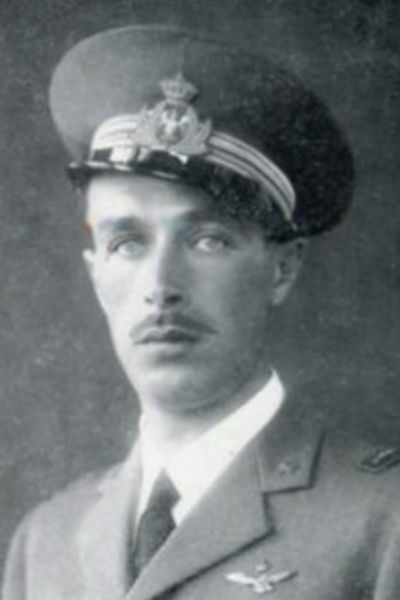 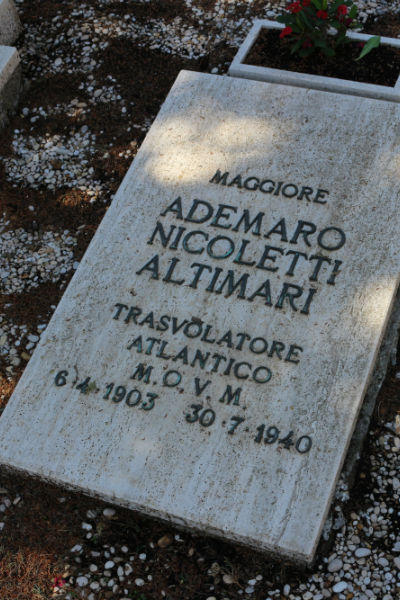