In July 1940 Chiodi served as commanding officer of the 75a Squadriglia of the 23o Gruppo Autonomo C.T. Biplane victories: 1 shared destroyed.

"He took part in the Decennial Air Cruise (Italian: Crociera aerea del Decennale) as a pilot."

"Volunteering in a war and fighting for the affirmation of fascist ideals, he showed courage and serene contempt of danger during numerous actions with his fighter squadron and the fight against preponderant opposing forces. His aircraft was hit by anti-aircraft artillery during a difficult mission, but he succeeded to bring the aircraft back to the base with admirable skill and coolness. Spanish airspace, September 1938-January 1939."

"A brilliant fighter pilot who already distinguished himself before, confirmed his astonishing qualities as a very skilful and daring pilot in further facts of fighting. Spanish airspace, January-March 1939. "

"A most noble figure, ardent patriot and valiant soldier, a pilot captain and Spain Civil War volunteer. Despite the fact that he already obtained exemption from duty, he insisted on and finally succeeded to fight in the name of the fascist homeland again. As a commander of a fighter squadron he led many attacks on a heavily armed enemy airbase and heroically contributed in fierce victorious fights to the defeat of a fierce enemy. He did not return to his base after an escort action, battling overwhelming forces. An exceptional inspiring figure, who was already devoted to the ultimate sacrifice and who showed purity through his strong ideals. His sacrifice meant the disappearance of one of the most shining figures of the Navy fleet arm. Maltese airspace, July 13-31, 1940. 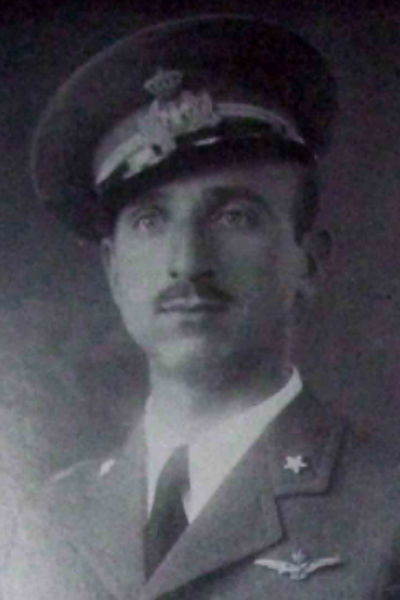 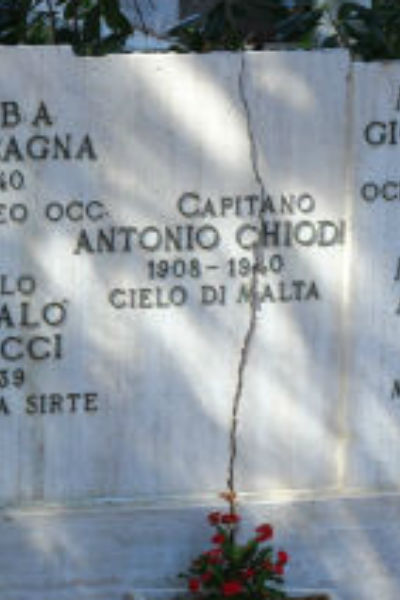