"On January 23, 1942 at 2pm departed Samarai flying only 50' off the sea before landing at Wide Bay at dusk and loaded Australian personnel for four hours. In total 86 RAAF personnel were loaded aboard the two flying boats and were flown to Samarai Island that evening, landed along a flare path. Afterwards, this flying boat flew 42 of those rescued to Townsville while S.23 "Coogee" A18-12 returned to Wide Bay and rescued 49 more personnel." 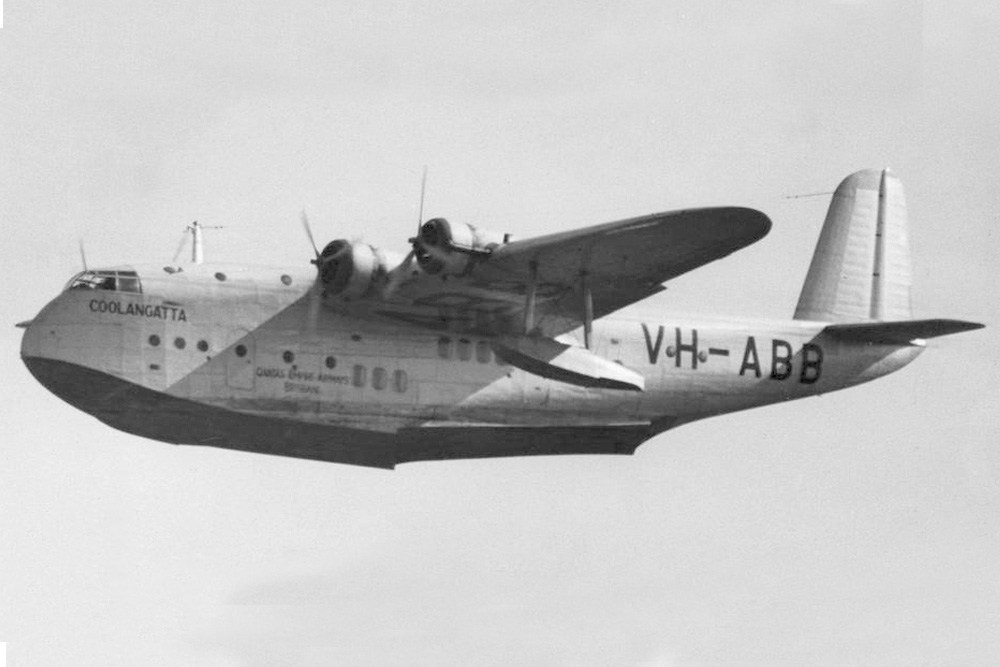