Hendrik van der Aar was born on August 12th, 1925 as son to Petrus Johannes van der Aar and Geertruida Boon.
He worked at the Hoogovens factory and was arrested during a razzia on April 16th, 1944. On the same day he was transported to Camp Amersfoort and was registered as prisoner 758.
He was transported to Germany as a forced labourer on July 7th, 1944. After staying at the Gemeinschaftslager in Schkopau and the Kippe in Lippendorf he ended up in Camp Alpenrose, Peres,where he was shot on November 14th, 1944 when he was stealing potatoes..
On November 22nd, 1944 he at first was buried at the Friedhof in Pulgar and was later reburied at Beverwijk. 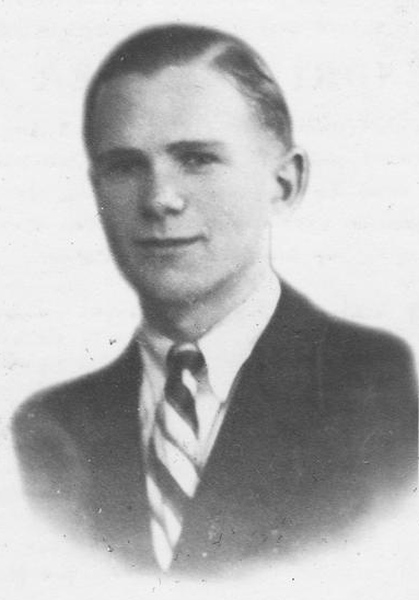