Citation:
"For heroism and extraordinary achievement while participating in aerial flight on 7 April 1945, as technical observer, gunner and radioman of a carrier-based Torpedo Bomber in an attack against a Japanese Task Force, steaming in the East China Sea, off the Japan mainland islands of Kyushu. In spite of intense and accurate anti-aircraft fire as well as main battery gun fire from enemy warships, he performed his many duties skillfully, during the attack and materially assisted his pilot, The SDN Commander, in enabling the attack to score several direct torpedo hits on a Japanese heavy battleship, which was subsequently seen to sink. His courage and skill were at all times in keeping with the highest traditions of the United States Naval Service." 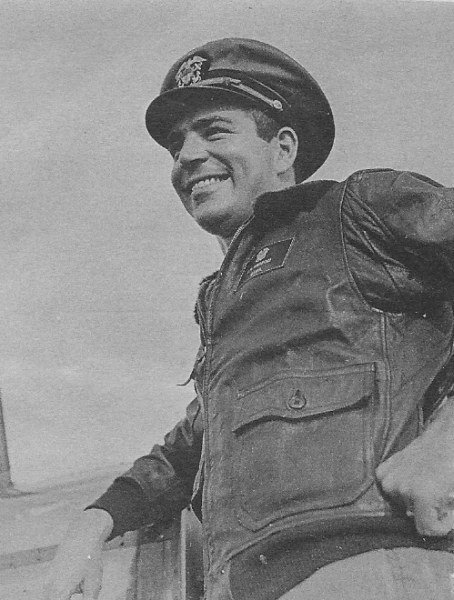