On December 8, 1943, he was arrested on denunciation by the Gestapo with his assistant André Clavé during a meeting in a cafe on rue Saint-Honoré in Paris. Tortured, he ensured by his silence the security of his network. Interned in Fresnes jail from December 10, he found another comrade of network 'Brutus' called Pierre Sudreau with whom, in the company of André Clavé, he was transferred on May 2, 1944 to Royallieu camp (Frontstalag 122) in Compiègne (Oise).
On May 12, he was taken to the Buchenwald concentration camp where he arrived after two days of transportation. On June 8, 1944, he was transferred to Kommando Dora. Assigned as a waiter at the Revier (infirmary), he participated in the internal resistance of the camp. Spotted, André Boyer was sent on November 3, 1944 to the prison of Nordhausen with several of his comrades.
During the violent Allied bombing that hit Nordhausen on the night of April 3 to 4, 1945, he escaped around 8:30 am with Jacques Poupault and Jacques Brunschwig-Bordier. After crossing the prison walls, he was killed by a bomb explosion. His body was never found. 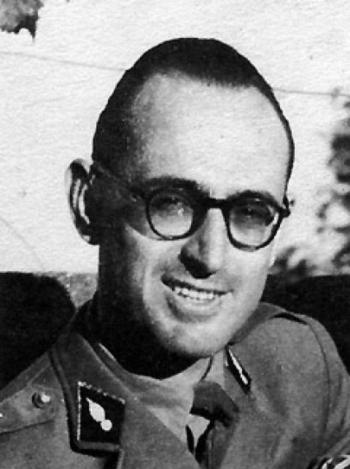