On the morning of the 16.08.1943 Stabsfeldwebel Warwel and his Zug were positioned behind the 7./I.R. 477 when the Soviets attacked. From his forward observation post, Warwel was able to confirm that 10 T-34s and 2 KV-1s were preparing to attack the German position. He thus ordered one of his Pak to be brought forward to a covered hilltop edge while another provided diversionary fire from a different position.

In the fighting which followed he personally manned the former Pak as its gunner for 15 minutes, after which he was relieved by Obergefreiter Meinicke. Feldwebel Karcz directed the fire of this gun for the duration of the firefight. Over the course of a 20 minute firefight this gun destroyed both KV-1s and 8 of the T-34s (of which 7 went up in flames and 1 had its turret blown off). The 2 remaining T-34s pulled back, and the Soviet infantry likewise ceased their attacks in light of this major setback.

This skillful deed by Stabsfeldwebel Warwel and the outstanding conduct of his gun crew saved 7. Kompanie from receiving heavy losses. The success here also brought relative calm to the entire regimental sector for the remainder of the day. Warwel would later be awarded the Knights Cross in light of this feat. 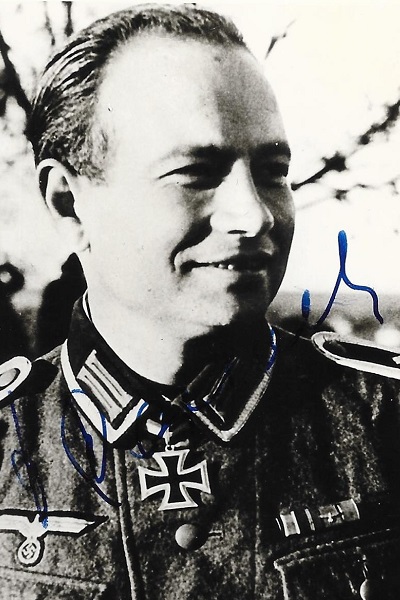