Edward Aitchison was shotdown during a dive bombing of a train near Osnabrück Germany. Some reports state that he was picked up after parachuting from his aircraft and later executed by the SS.

He was later buried by the Americans in Margraten and moved to Nederweert on 26-4-47. According to the old register, his parents came to Nederweert from Canada in 1967 to visit the grave. 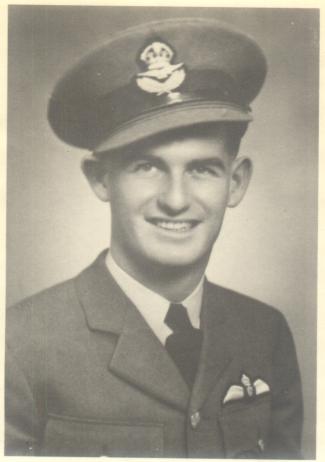