He was an apprentice electrotyper and member of the Presbyterian Church. His sports were hockey, softball and football and his hobby was woodwork.
He enlisted on July 30 1942 in Toronto and he went on May 11 1943 thereafter from New York USA overseas to the UK.

On his headstone: HE DIED THE HELPLESS TO DEFEND A FAITHFUL AIRMAN'S NOBLE END 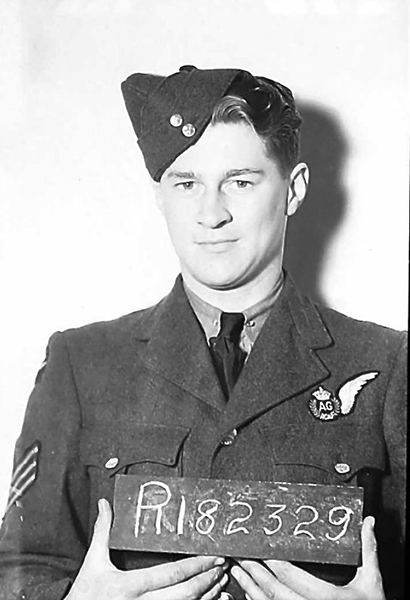