Jack was born on November 19 1922 in East York, Toronto, the son of Jack Gibbs and Gladys Matilda Gibbs nee Williams (deceased) and both British of Toronto. He was married on June 26 1942 in Bournemouth England with Ceridwen Margaret Hannah Gibbs nee Jones of Hykeham England. She remarried later as Mrs. Thompson.

He was a stock clerk and member of the Church of England. His hobby was photography and his sport was softball.

He enlisted on January 24 1941 in Toronto and he went on October 7 1941 thereafter from Canada overseas to the UK.

On his headstone: TOO DEARLY LOVED EVER TO BE FORGOTTEN

He served with the 420 Sqdn Royal Canadian Air Force. 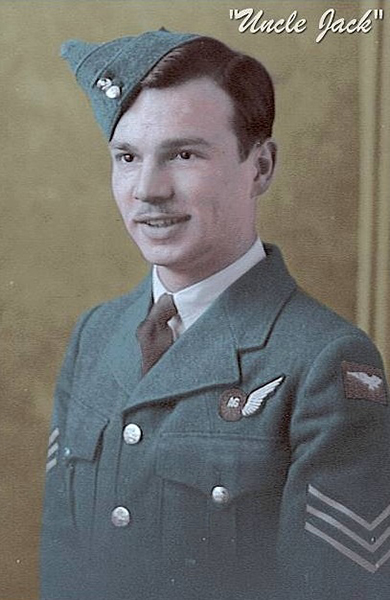