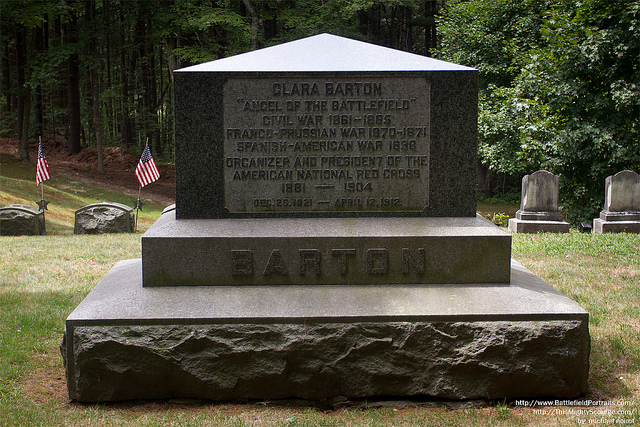 On North Cemetery is the grave of Clarissa "Clara" Barton. She was known as the "Angel of the Battlefield" and sho would play an important role in caring for wounded soldiers, from both sides, after the Battle of Antietam. She would continue to care for wounded soldiers throughout the Civil War and also the Franco-Prussian War (1870-1871) and the Spanisch-American War (1898).
She was also the founder of the American Red Cross. She died on 12 April 1912.