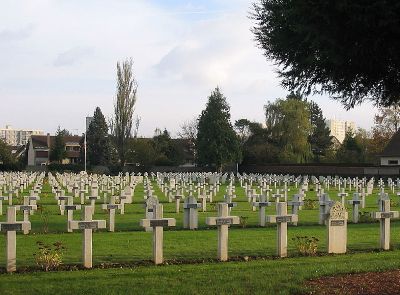 Marissel French National Cemetery in Beauvais was made in 1922, for French and British (19) burials from the First World War.