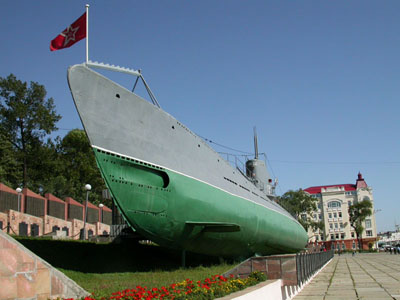 The Russian S-56 (C-56) is a submarine of the S-classe (Srednyaya) and was one of the most succesfully Russian submarines during the Second World War. It sunk 2 warships and 2 cargo ships and for this, the S-56 was awarded with the Orde of the Red Banner. The submarine commander Grigori Ivanovich Shchedrin received the title "Hero of the Soviet Union".

The submarine today:
It currently stands in the harbour of Vladivostok, serving as memorial and historical museum ship.