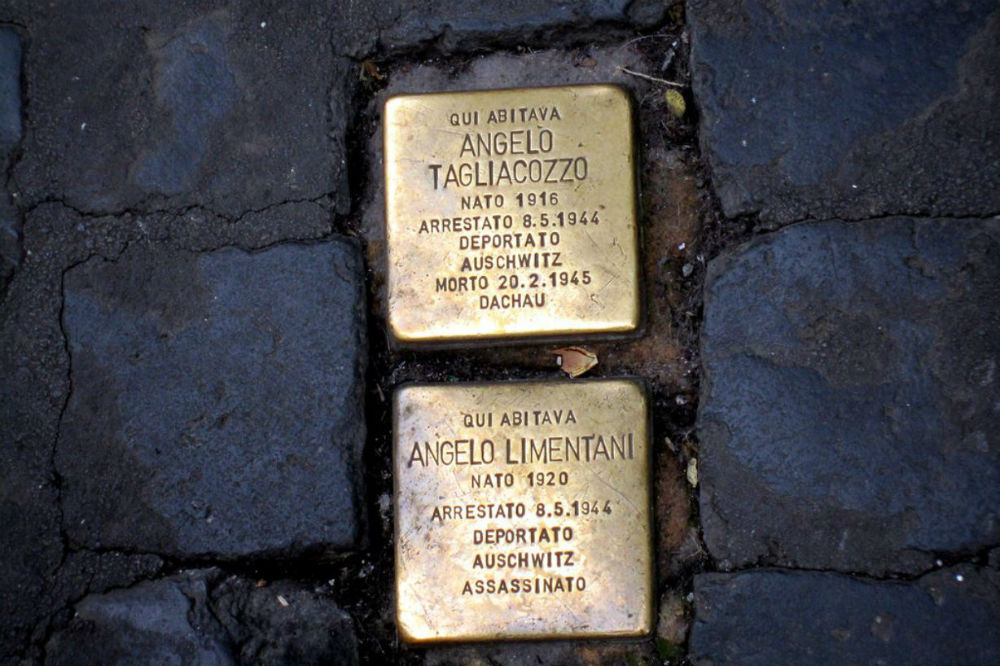 There are stumbling stones (stolpersteine or pietre dinciampio) and a plaque at this location.

Angelo Tagliacozzo was arrested in May, then deported to Auschwitz in June 1944. At some point he was transported further to Dachau, where he died in early 1945.

Davide Limentani and his son Angelo Limentani were killed; his other son Settimio Limentani survived Auschwitz.

Sami Modiano was arrested in July 1944, arrived in Auschwitz in August 1944 and survived until liberation on 27 January 1945.