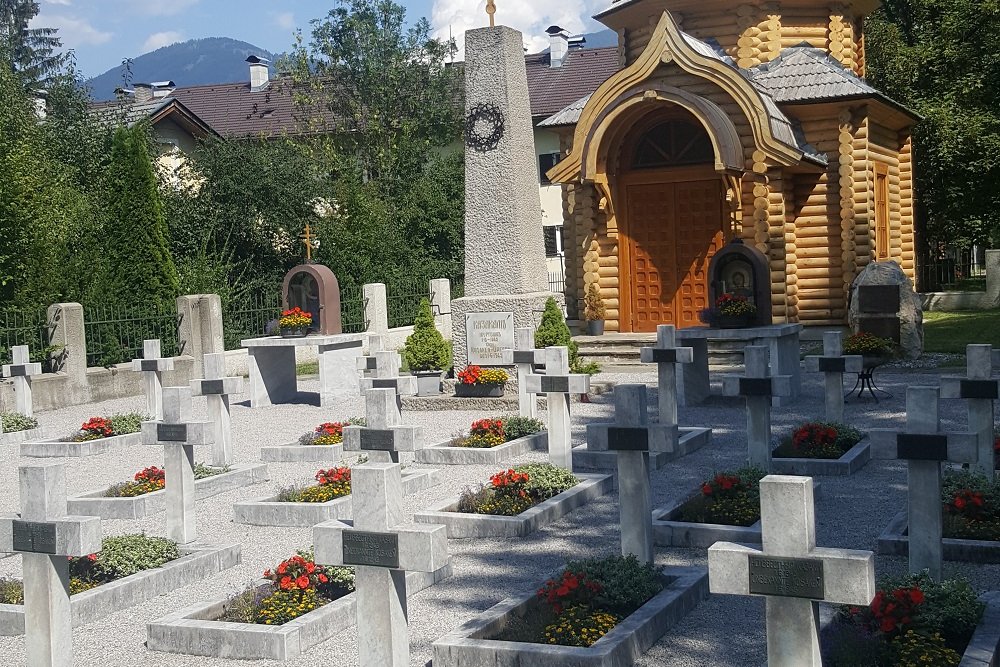 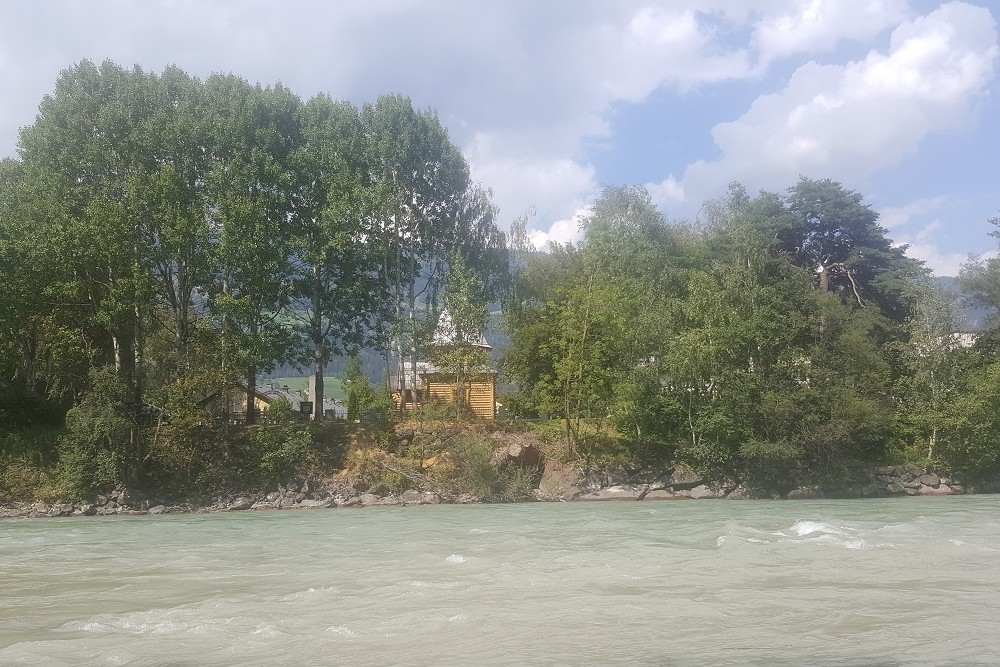 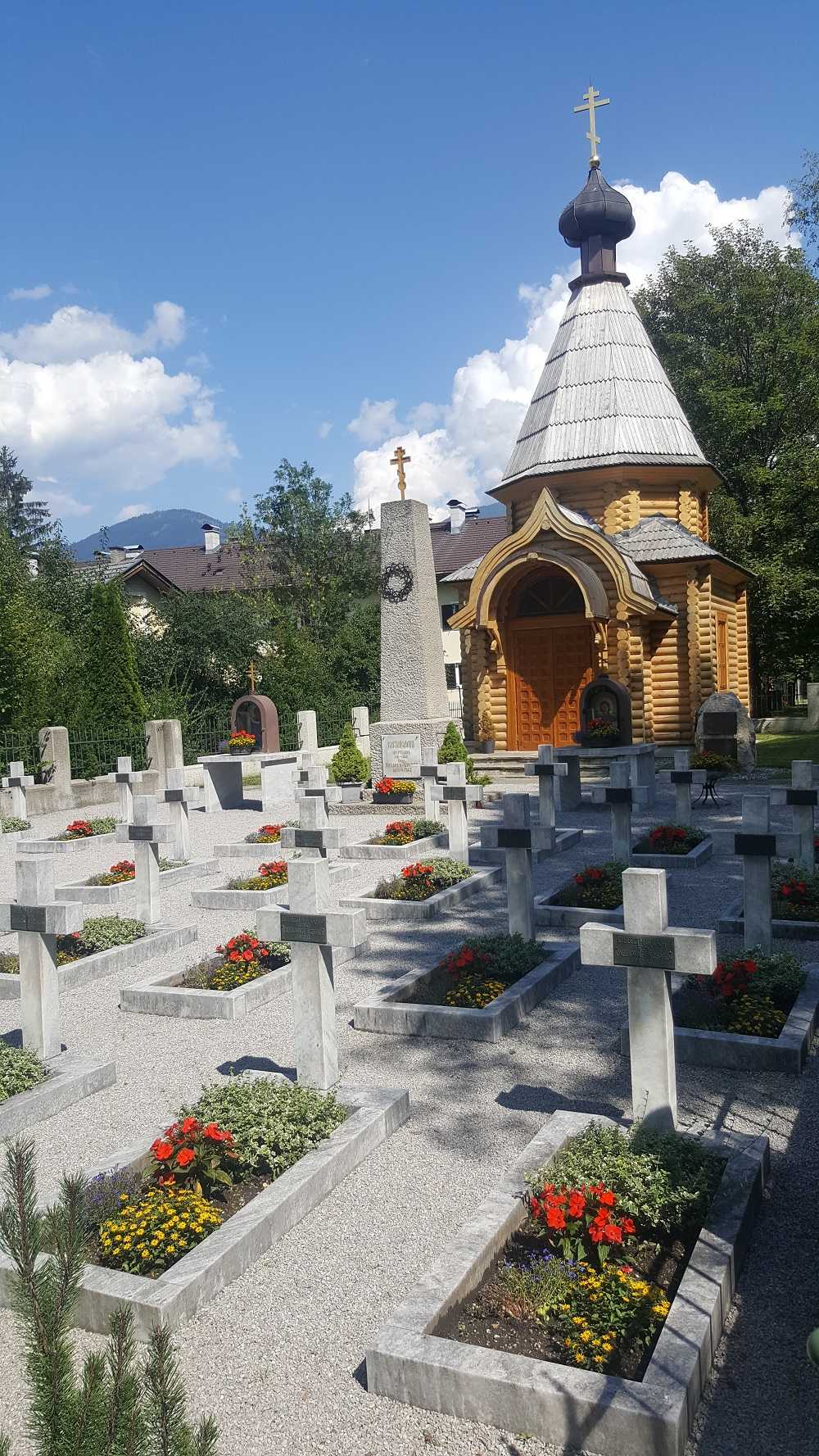 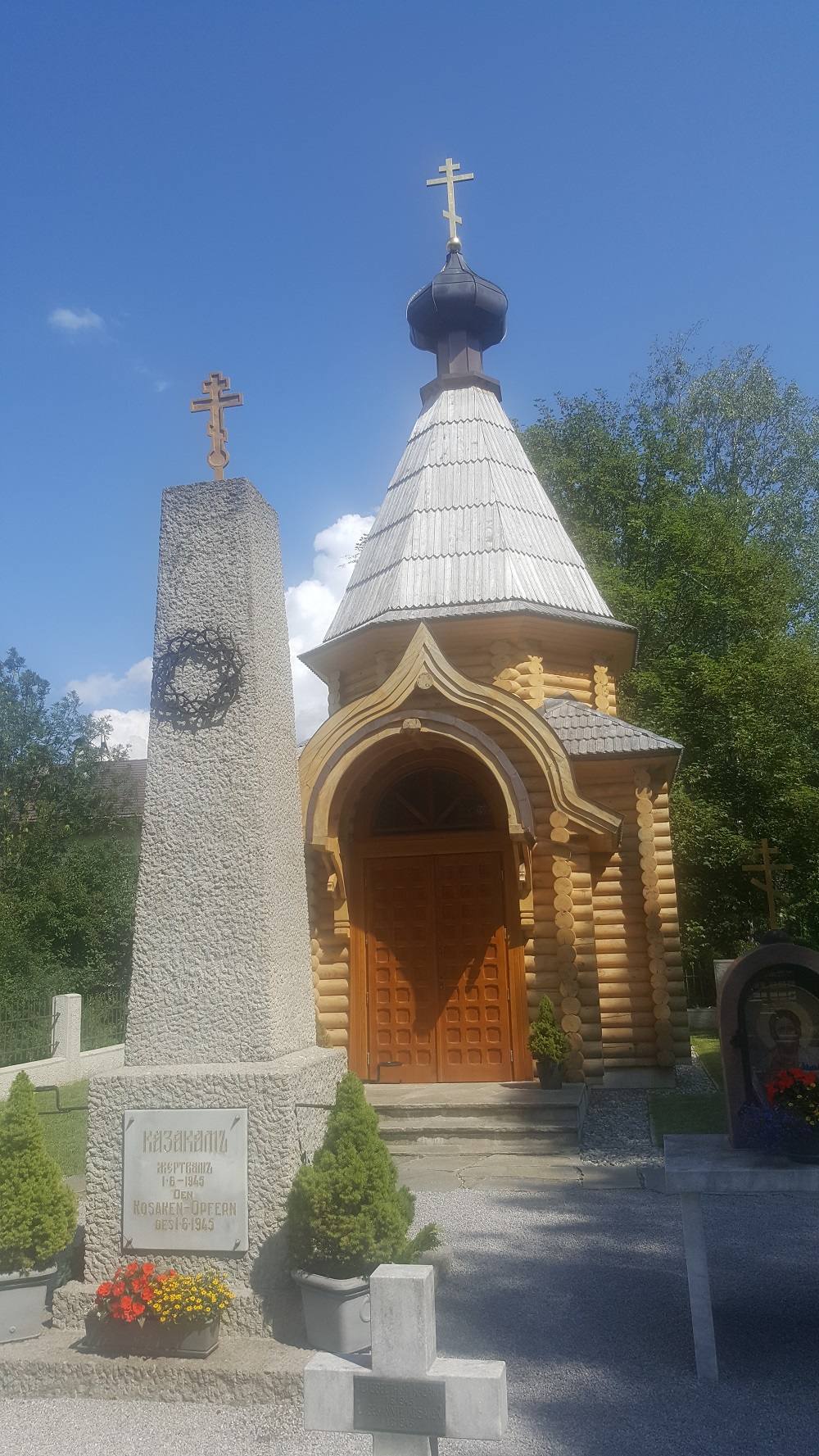 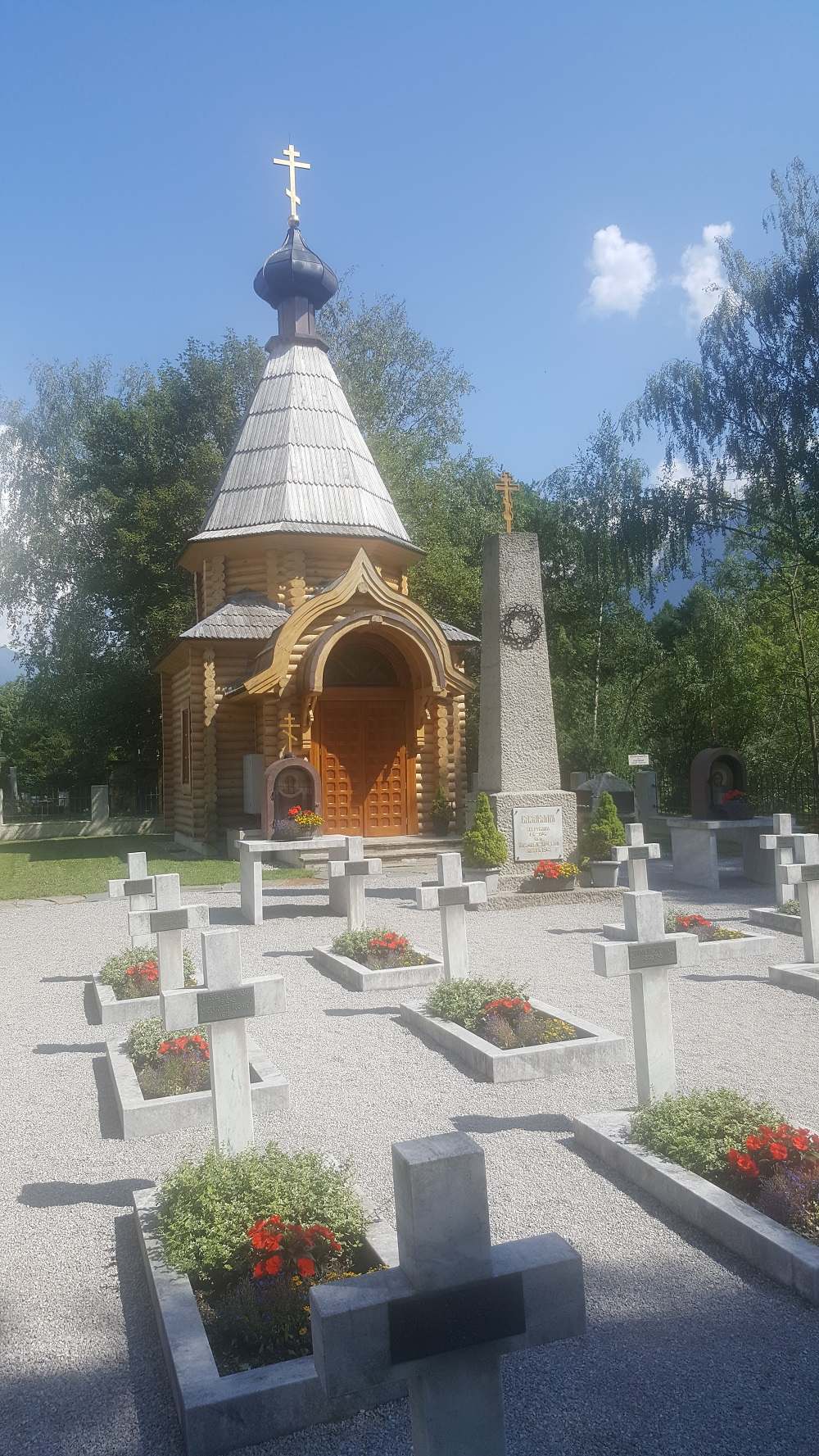 This war cemetery contains the remains of 300 Cossacks in 28 mass graves. They were victim of the Lienz cossack tragedy. When 2,479 Cossacks in Peggetz POW camp were about to be repatriated by the British to the Red Army on 28 May 1945, hundreds of Cossacks committed suicide.

Although the majority of the Cossacks remained loyal to Stalin, a considerable number of them joined the German army in the first war months of operation Barbarossa and fought against the Red Army until the end of the war. A serious life imprisonment or worse waited for them back in the Motherland.