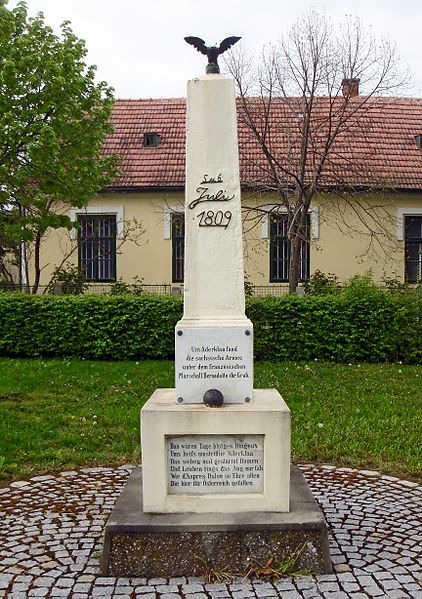 This Memorial commemorates the Austrians who were killed around Aderklaa in the Battle of Wagram.
The Battle of Wagram, on 5 and 6 July 1809, was a major battle between French and Austrian forces near Deutsch-Wagram, in the Marchfeld, a plain just north of Vienna. With this battle, the French emperor Napoleon brought the Fifth Coalition War to an end. It was his last great victory.
The Battle of Wagram was the largest battle of the napoleonic wars up to that point. The French had 190.500 man, the Oostenijkers 137.700 man. On the French side, the losses were about 37,500 men (dead, injured and missing/captured), on the Austrian side about 41.250 men.