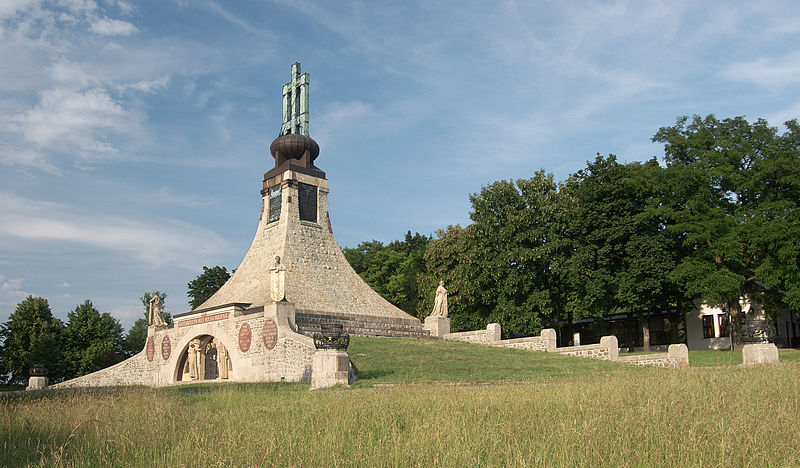 This large memorial (Cairn of Peace / Památník Mohyla míru) commemorates the Battle of Austerlitz. The Battle of Austerlitz, also known as the Battle of the Three Emperors (in Czech: Bitva u Slavkova), took place on 2 december 1805, during the Third Coalition War. Napoleon defeated the Austrian and Russian armies at Austerlitz (nowadays Slavkov u Brna in the Czech republic). This is considered to be Napoleon's most brilliant victory.
In the battle, 75,000 French fought against 90,000 Russians and Austrians. The losses to the French were: 1,305 killed, 6,940 wounded and 573 soldiers taken prisoner. The losses to the Allies were: 15,000 dead and wounded (11,000 Russians and 4,000 Austrians) and 12.000 soldiers were captured.