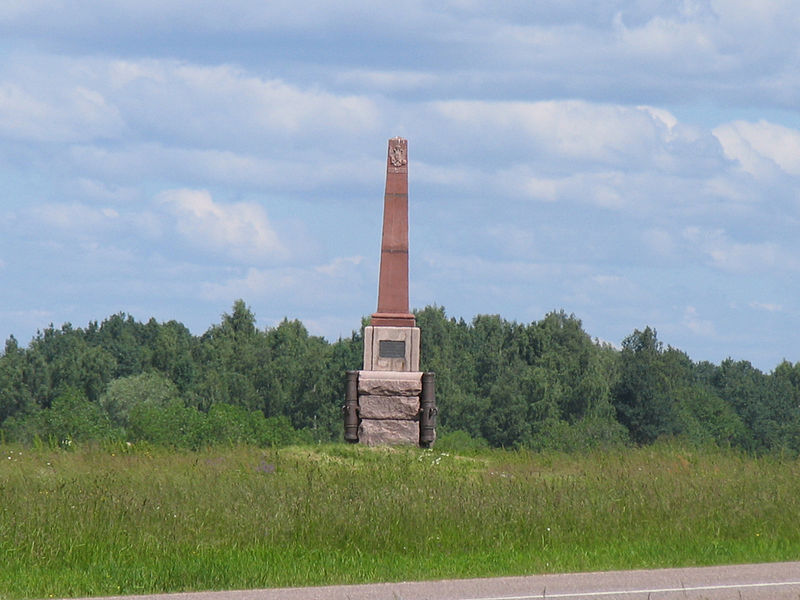 This memorial commemorates the 2nd Battery and 2nd Light Companies of the Life-Guards Artillery Brigade, which were involved in the Battle of Borodino.
The Battle of Borodino, on 7 september 1812 during the Russian campaign of Napoleon, was probably the largest one-day battle in the Napoleonic Wars and the largest ever until then. About 250,000 soldiers took part in the battle. The outcome of the battle was undecided.
The estimates about the numbers of casualties (killed, wounded, missing and captured) vary widely. The French losses are estimated between 28.000 and 50.000 men. The Russian between 38,000 and 45,000 men.
The number of victims of the Battle of Borodino was the highest ever in the history until then and was only matched on the first day of the Battle of the Somme in 1916.