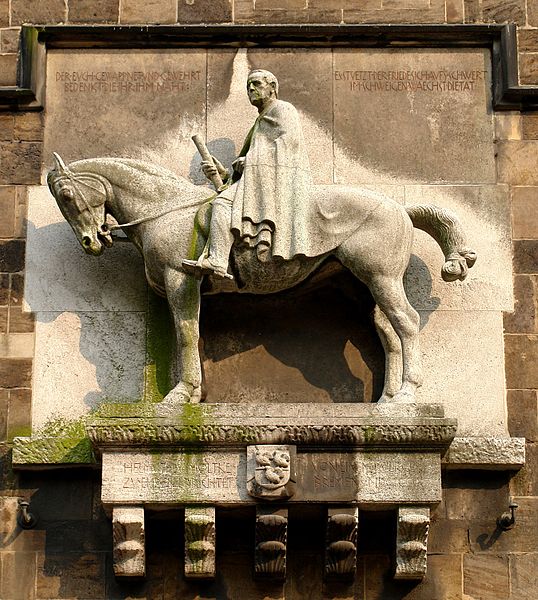 This memorial at the tower of the Liebfrauenkirche commemorates Helmuth Karl Bernhard von Moltke (1800-1891). He was a German Field Marshal and the chief of staff of the Prussian Army for thirty years and during several wars including the Franco-Prussian War (1870-1871). He is considered one of the best commanders in the second half of the 19th century.