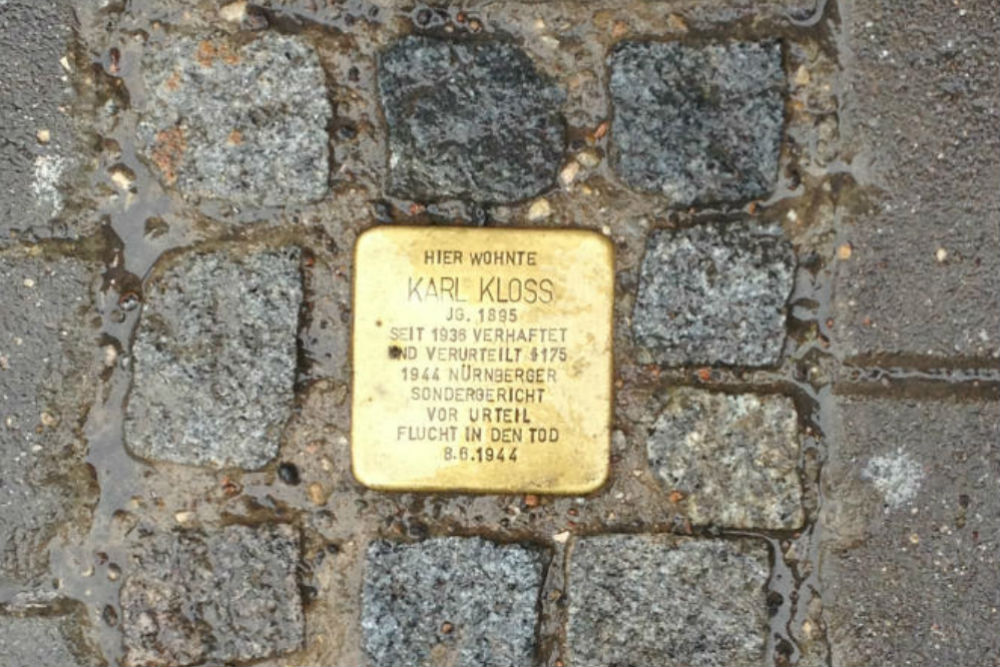 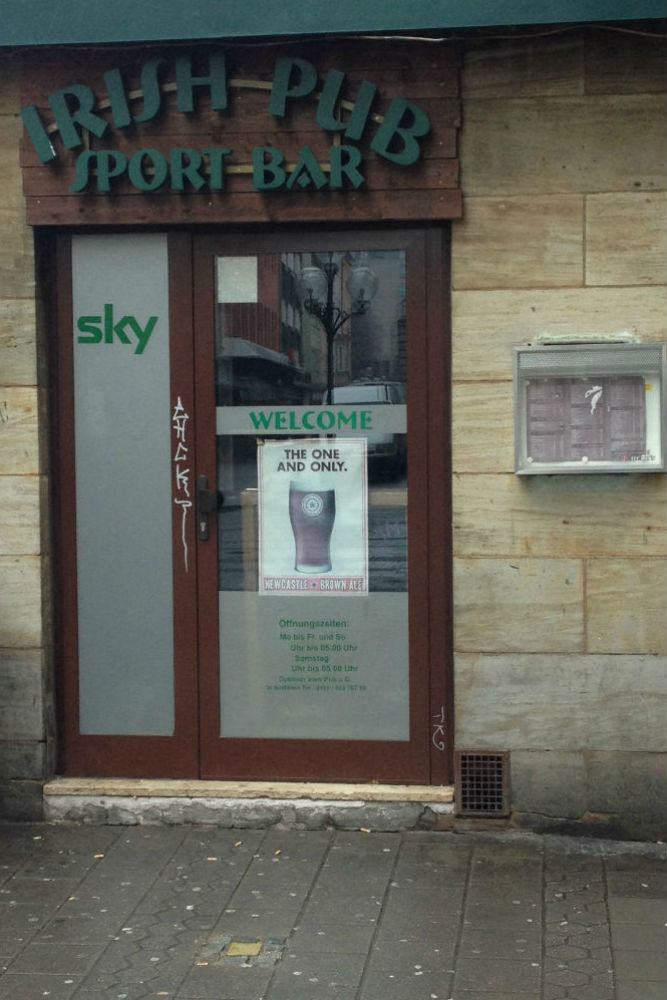 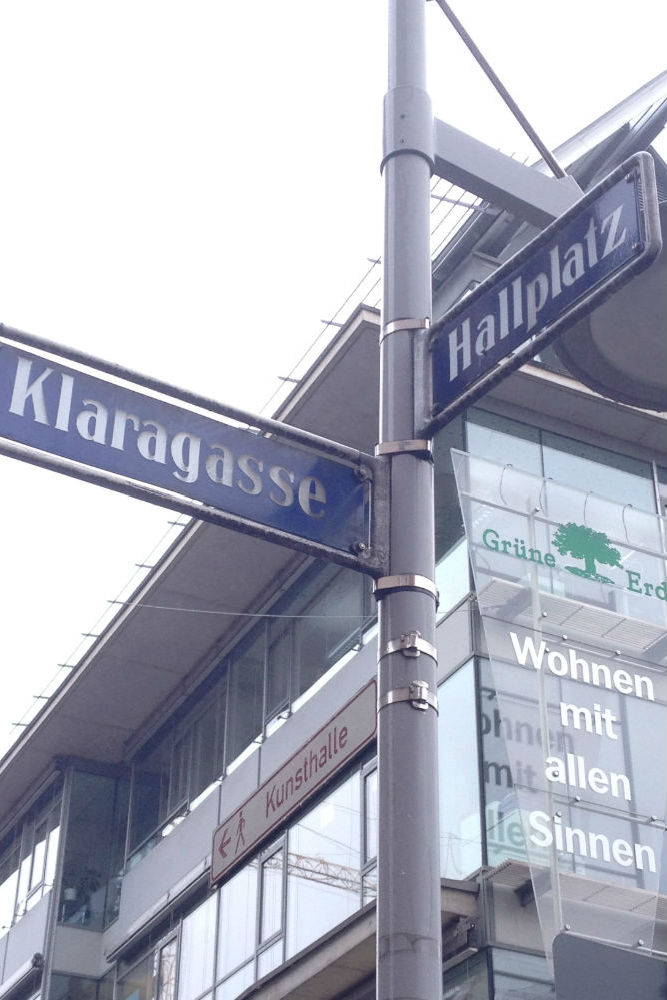 After the Nazis sharpened the "gay paragraph" §175 in 1935, the number of preliminary criminal investigations against homosexuals skyrocketed. Karl Friedrich Kloss was convicted several times. When he stood trial in 1944 as a "dangerous habitual criminal" and was threatened with "eradication", he hanged himself with a shirt strip while still in custody. Because he last worked as a porter in a hotel on Hallplatz 21, a Stolperstein for him was installed there in October 2017.